An Amazing Story of Love and Honor 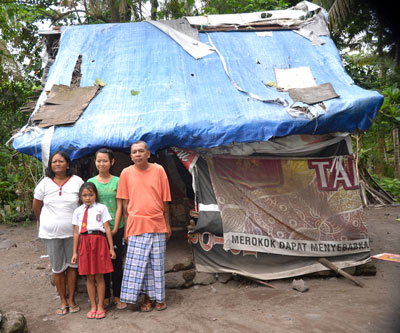 In February 2014 we posted pictures of this house (like the photo at left), asking if anyone could help this family of 5 have a house that they could live in with dignity and comfort. They had access to land but would never be able to afford to build.

Within the hour, miraculously, we heard from Mark Bowden from Australia. He wanted to build a home for this family in honor of and memory of his Mum – Cheryl – who had recently passed away. Because she was a woman of great character and charity, he felt this life changing gift would be the perfect tribute.

With the help of our great staff, supervised by Adi Mataram and aided by Ni Wayan Sri Ekayanti, building commenced. The family all helped. They all moved in as soon as it was possible, before it was even finished. 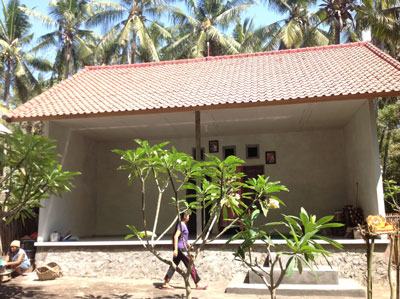 And – in October 2014 – the finishing coats of paint were put on and Mark and Mia with their 3 daughters came to see the great happiness that they, and their Mum and Grandmother, had provided for this loving but extremely impoverished family.

And, they have pledged to sponsor the 2 daughters though school as well as 2 other extremely poor girls in the same area.

Words really can’t express the gratitude we all feel. Thank you. 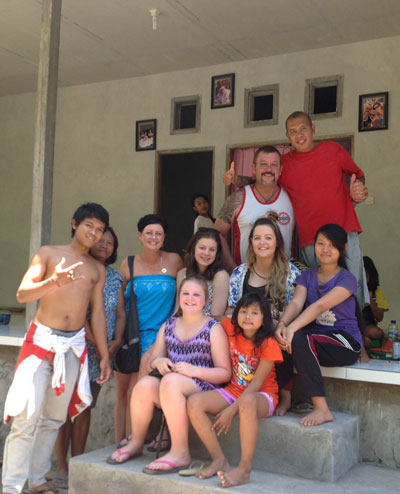 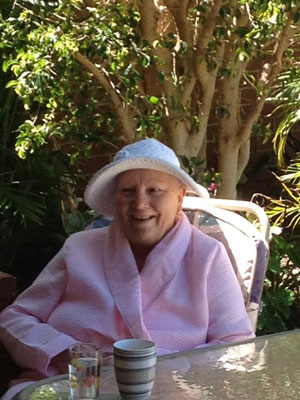