Our Sex and Health Awareness impacts children in every region of Bali, providing essential knowledge on sex, health and protection. 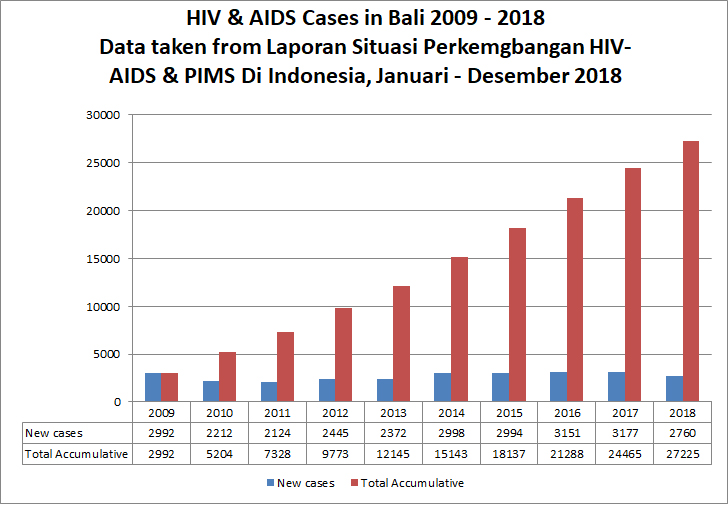 The HIV AIDS Situation Report in Indonesia has uncovered sometelling numbers for HIV and AIDS in Bali.

There is no known figure for people who contracted and died from AIDS, but were never tested.

Although the rise in figures can be attributted to better testing, what does not change is that these cases could have been avoided with better education.

In Bali especially, poor knowledge about those with HIV and AIDS can ruin lives.

There is no known number of people who died having never been diagnosed, nor is there for people currently living untested.

Bali is a hotspot for HIV and AIDS in Indonesia. By ratio of regency population, it ranks second highest in Indonesia. Furthermore, although lower than previous years, the increase in HIV and AIDS is still huge (the difference is in the hundreds, not the thousands).  2,760 new cases were identified in 2018, in comparison to 3,177 in 2017 (a difference of 417). 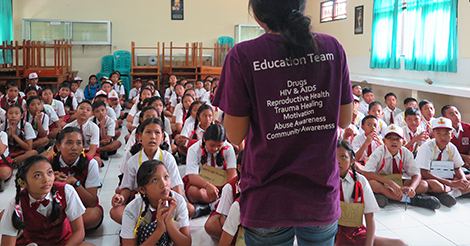 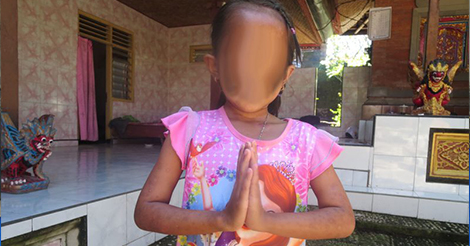 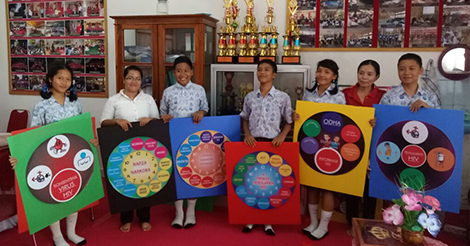 Who is at Risk?

The number of children with HIV/AIDS is rising, something Bali Children’s Project has witnessed with children involved in our sponsorship program. It is a cruel reminder of the impact HIV/AIDS is having on Bali’s youth.

Statistics continue to show that, in Bali, HIV-AIDS is now growing fastest among heterosexual young people.  Most people who are tested positive are heterosexual males between 20-29 years old (32.5% of all Indonesians tested).

Sadly there is a stigma surrounding HIV/AIDS that sees those suffering forced out of communities. Through fear, many people are not getting diagnosed, and subsequently not treated. Those who are diagnosed become outcasts – many forced out of families and even denied burial rights. Bali Children’s Project has seen this first hand.

The latest publication of the UN AIDS Databook confirms this, with over 50% of survey participants answering that they would not buy fruit and vegetables sold by a person with HIV.

Breaking down stigmatism is a huge part of Bali Children’s Project’s program in creating better awareness amongst Balinese teenagers. Throwing out the social taboo of talking about HIV and AIDS, our workshops provide an eye opening experience for over 10,000 studets (directly) Each year. Towards the end of the workshop there is an incredible moment as Ibu Putri, our facilitator reveals that she lives HIV+. This receives unique reactions and students are given the opportunity to ask questions about Ibu Putri’s journey, as well as the realisation that those with HIV should not be disciminated against.

Juliani (name changed for privacy, picture blurred), is now a 17 year old from Karengasem, east Bali lost her father when she was 13. At the time, her family thought it was through ‘illness’. Juliiani’s father was never diagnosed or medicated.

It shook her whole family. Juliani’s mother started to get sick and was diagnosed as HIV positive.

Juliani’s results were negative. Not only did Juliani lose her father, her mother remarried and was unable to bring Juliani to her new home. It set off a terrible series of event for Juliani, who has struggled coming from a family torn apart.

The whole series of events could have been prevented if Juliani’s father had benefited from sexual education as a teenager.

The real fact behind all of this is that these are all cases that could have been prevented – if adults had learned about health education as teenagers.

With traditional sex education workshops reaching out to over 10,000 individual students directly, technology gives us the chance to go a step further.

Capacity building is now the main focus of this long running program. Giving schools the ability to teach themselves and their communities is the real goal.

The workshops have been carefully designed by Opy and the Bali Children’s Project Team to provide maximum effectiveness.

Lasting 3 hours per workshop, the team runs two workshops each day in any one school. Per year, our team visits over 45 schools and directly reaches over 10,000 students.

Condom simulations get huge laughs but also give a serious insight in how to effectively use them. First hand stories are also given from our friends who tell students their experiences living with HIV / AIDS.

Our before and after multiple choice tests show correct answers jumping from an average of 50% up to 86%. It’s knowledge that will change the course of their lives.

With technology an ever constant presence in every day lives of Balinese teenagers, we are also presented with the challenge to adapt our approach.

Most teenagers in Bali now have access to a phone and social media.

With each school obliged to have a ‘KSPAN’ club (a HIV-AIDS awareness group), there is already a great structure for disseminating health information. However, these student led groups often find themselves unable to deliver any meaningful programs.

Enter the Bali Children’s Project KSPAN Awards. Each year, we run a competition amongst KSPAN clubs, having given each of them guidance and support along the way. Although a great basic structure for disseminating health information, these student led groups often find themselves unable to deliver any meaningful programs.

Clubs are awarded trophies based on their progress, inventiveness, ideas and activity.

Social Media and the Age of Phones

To give these clubs all they need, they are supplied with booklets, materials and a specially developed mobile phone application. The materials include information, quizzes and all a school needs to disseminate their own information.

With a mobile phone application launched, clubs have a new resource that can be downloaded completely free, to an unlimited number of students.

From special awareness days, to regular school speaker announcements, the clubs are taking on the challenge and doing very well. Each club is posting their activities to Instagram to help drive a community effort as well as show the difference they are making.

The groups all become part of our competition, providing an extra incentive for them to achieve their goals over the year. The competition culminates in awards being given at the end of the year for a range of categories (such as ‘biggest improvement’, ‘most inventive, etc.).

The competition engages over 50 groups each year and is growing rapidly.

It’s all part of encouraging schools and clubs to be proud of their own efforts to educate.

Bali Children’s Project is constantly seeking support to ensure the long term future of this project, which currently relies on grants and time-limited local funding. Please contact us if you can help.

The 2020 program is made possible thanks to support from The Mel Wolf Foundation, The Mercury Pheonix Foundation and Grant and Sonia.

We are currently searching for sustained future funding for 2021-2025.