Agus Goes Back to School

Agus Goes Back to School

With no family income, 15 year old Agus had dropped out of school due to the fees involved. Thanks to sponsorship, Agus is now back in school and can see a future. 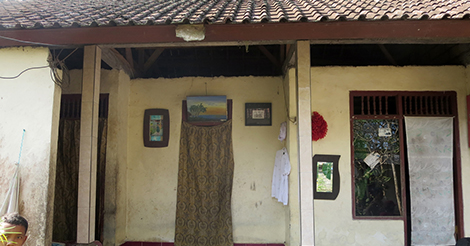 Wayan Agus Wijaya has already dropped out of school before he can start grade 7. He couldn’t afford the admission fee and so that was the end of his education. Or so he thought.

School was a problem for Agus from the beginning, and he started primary school late because of lack of money.

Agus lives with his uncle, who has 2 wives (legal in Bali). The uncle has 3 children and so it’s hard to have the money for Agus.

Adding to his school problems, Agus has a 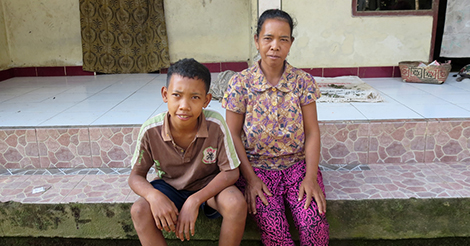 genetic deformity of his legs, and he walks with somewhat of a limp. He also has some problems with his eyes and his speech.

Agus sleeps outside the house on a bad mattress which he shares with his cousin. The area is walled off with fabric but it’s outside and not a real room.

Now 15 years old, Agus should begin Jr High, 7th grade. While all the other children started school in July, Agus had to stay at home and 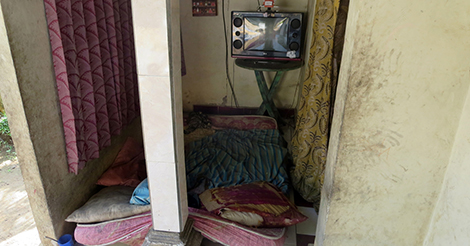 miss out on a crucial education.

After posting Agus’ story, we were able to find him a school sponsor that would change everything. Tone and family from Norway committed to sponsoring Agus, setting in motion the revival of his school career.

Even though he was late, the school agreed to allow enter if he paid the fees – which the sponsorship allowed us to do.

Overjoyed to go back 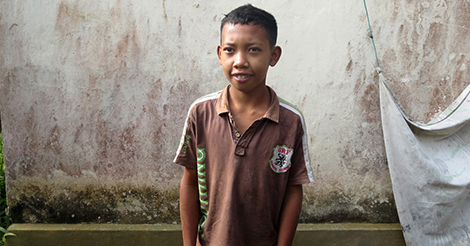 When he heard the news, Agus was so happy and relieved that he burst into tears.

On his first day, Agus was accompanied by our Area Co-Ordinator Hadi Guna. The other students were really happy to see him and welcomed him back.

Agus is now back at school and even planning to take extra English courses as part of his sponsorship.

His dream is to become an artist, and he would like to make urns from ceramic. It’s an unusual goal but, unlike most kids his age, he has a goal.

We will continue to look after Agus and hopefully improve things for him at home too.

It’s only thanks to people like you that we can change lives like Agus’. You can find out more about sponsorship here or see our Sponsorship Waiting List.