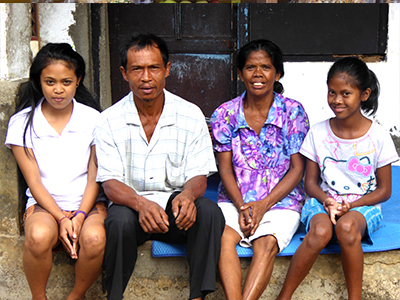 We came across Eny (now 17 years old) and Ena (now 12 years old) back in 2013, when a community leader reached out to us. After visiting, we found Eny and Ena’s family were struggling financially and it was unlikely they would both make it through school.

Eny had already got a job at a young age to help the family keep up with the cost of living – working for a local handicrafts producer. Eny’s job was to create plates, mirrors and ornaments, made from recycled class.

Eny’s parents make a small income also creating handicrafts for wholesalers. Their family house consists of two small rooms where they all sleep. 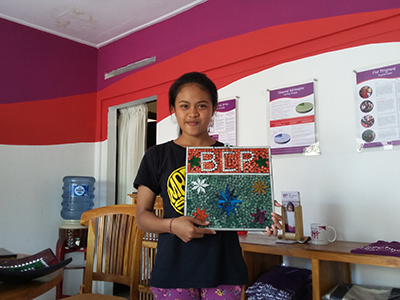 The job was a much needed source of income, but soaked up a lot of her time. It meant that Eny missed out on socialising and her hobbies of badminton and swimming.

The money was enough to put food on the table, but not for school, so we set about finding Eny and Ena a sponsor. Thankfully – we found a sponsor for both girls in Bali Children’s Project supporter Jess.

Ena (full name Paramita) – Eny’s little sister has struggled with health problems in the past and missed out on a large portion of school. She is still a little behind but is working hard to catch up.

Despite her health issues, Ena is still a bright, intelligent and happy girl that wishes to become a teacher one day. 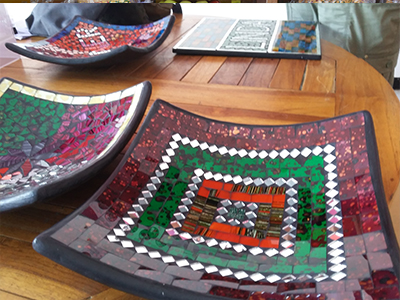 Meanwhile, Ena has moved into grade 12 – the last year of school. We’re over the moon to have seen how she has progressed and that she will be graduating next year. Graduating was simply a dream before and now it is reality!

Eny’s generosity gave us an idea – what if we bought the items and sold them on her behalf? 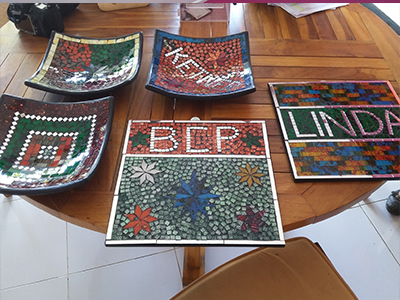 Eny would get 25x the wage and she would be able to save up money to pay for her college studies. Eny was excited when she heard this news and we’ve already place an order with her.

It’s exciting times, as what was once a way to make ends meet, has turned into a genuine and rare skill. In fact, Eny is considering making her own business, but first wants to trial how her sales go through Bali Children’s Project.

We may have Bali’s next entrepreneur in our midst! 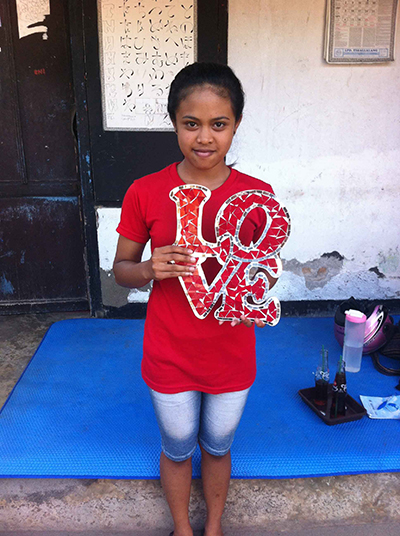 We invite Bali Children’s Project supporters to purchase the ornamants made by Eny, which are available in our Visitor Centre. Proceeds will go straight back to Eny, as well as supporting other children to receive an education.