Anom and his sister Emas are incredibly gifted youngsters with a special and rare skill – as Gamelan musicians. They both have incredible futures ahead of them. 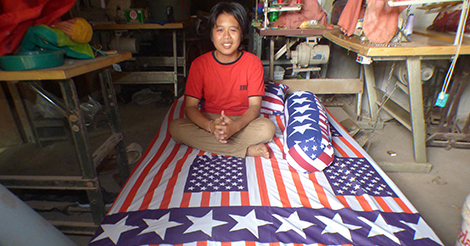 Bali has a rich tradition of culturally and religious significant performance arts – from dancing through to shadow puppet displays.

Tragedy for the Family

We heard about Anom and his sister Emas early in 2014. Their father, who had been teaching both his children about the wonders and skills of Gamelan music, nurtured their natural talent for music. Himself a dedicated Gamelan musician, tragedy struck when their father died.

It left Anom and Emas with no father, teacher, friend or family finances. It was a terrible time for the family as their widowed mother struggled to make ends meet through her small sewing business. 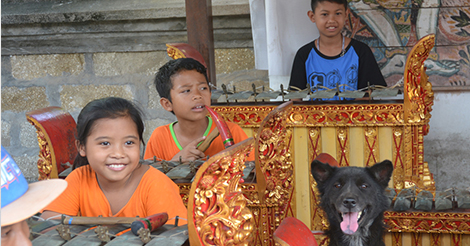 Thankfully, Anom and Emas were sponsored by Bali Children’s Project supporters Raven and Bethlyn. It eased an immense pressure and meant both Anom (now 15) and Emas (now 11) could continue in school.

We gave the family further support, including new mattresses as they couldn’t afford it themselves.

Both children were not just determined to make it through school, but also decided to honor their fathers memory through learning Gamelan and other traditional arts. 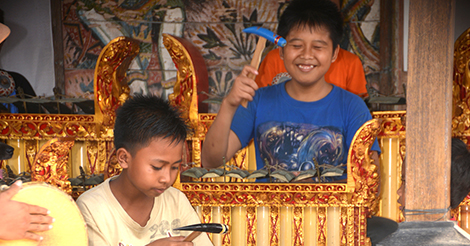 Honoring the Memory of their Father

For Anom, things started to look up. He gained a scholarship to a renowned Gamelan school in Bali and continues to do incredibly well. He has maintained as dedicated as anyone can be and never missed a class.

Anom’s skills are so well honed that he recently was selected for a national Gamelan competition in Sumatra. Not only did Anom go, but he WON! He has even progressed to Orchestra Conductor, creating his own arrangements. 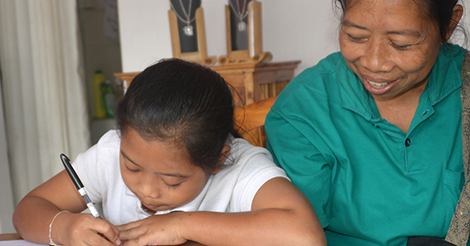 In recent months, Anom has been developing his skill in another traditional art – creating Shadow Puppets shows. Shadow Puppets are traditional means of telling ancient stories, using silhouetted puppets behind a white sheet. The puppetry is accompanied by Gamlean music.

A Future in Gamelan and the Arts

Anom is a really incredible young man whose skill for Balinese and traditional arts has earned him second in his class and he is quickly becoming a renowned artist. His teacher even told us he shows some of the most promise of any child.

Meanwhile, 11 year old Emas seems to be following the same path and is a budding skill in her own right too. Both siblings have been winning awards, certificates and plaudits for their skills.

We are so excited for their future as artists. What a way to pay tribute their late father. We are sure he would be immensely proud.

Anom is quickly making his dreams come true. It’s only been possible thanks to his sheer determination and the sponsorship that has kept him and his sister in school.

Sponsorship really is a life changing opportunity for children who would otherwise drop out of school. Sadly, not all families can keep their children in school, but our sponsorships help to ease that pressure.

If you are interested in helping a child like Anom realise their dreams, please see our Sponsorship Waiting List or get in touch if you have any questions.