Skip to content
HIV and AIDS Cases Slow, But Bali Remains #2 in Indonesia

HIV and AIDS Cases Slow, But Bali Remains #2 in Indonesia

The AIDS Commission of Indonesia has released the latest HIV and AIDS numbers for Bali, with 2,525 new cases recorded in 2019.

There’s many ways to interpret the new data. Bali Children’s Project sees it has encouraging, but underlining how much more work is needed to prevent cases of HIV and AIDS in the first place.

The report highlights the need for good quality education, so people are aware how the virus spreads and can act accordingly. 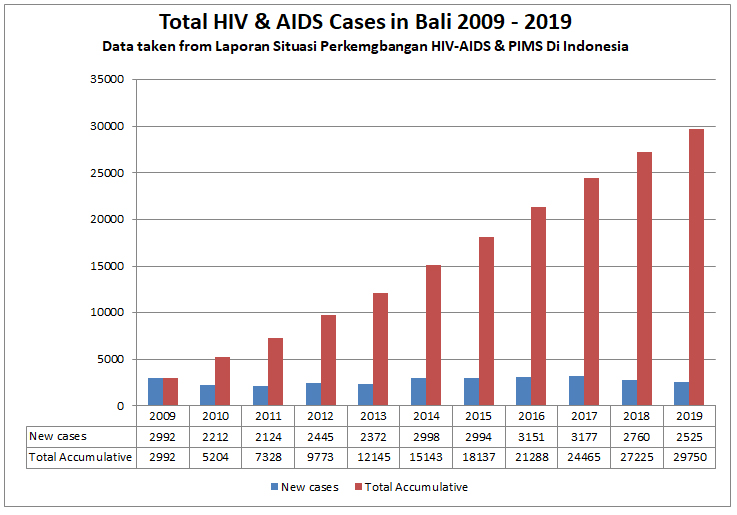 The Good, the Bad and the Ugly

First the good news. Since hitting its peak in 2017 (3,177 new cases), the number of new cases identified has been reducing. Up until that point, new cases had been increasing each year.

What that means is that the number of people contracting HIV and AIDS is going in the right direction.

However, this is not only good news.

For a small island, 2,525 cases is still a lot of new people contracting the virus. In fact, Bali’s cases rank the second highest in Indonesia, behind Papua.

There are other concerns too. Without people getting tested and educated, it’s difficult to know the real number of people contracting the virus – or how many people passed away from it.

Cause of death is not always monitored in Bali, with many people having traditional burials (followed by cremation) once deceased.

There are also cultural elements. Many people who feel sick often neglect seeing medical doctors, only acting when it is too late. 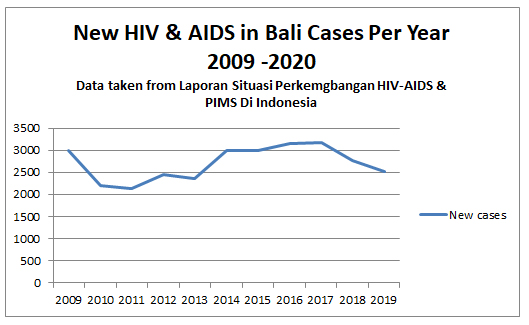 Indonesia has no formal sex education program to educate adolescents about HIV, AIDS and more. It means that many students are going into adulthood unprepared to make informed decisions.

Bali Children’s Project knows that if people are equipped with the information, we can stop the spread of HIV and AIDS.

That is why our focus remains on teaching teenagers about puberty, sex and drug usage.

Moving online in 2020, the program focuses on giving schools an online package to deliver their own sex education.

By working with each school to produce their own online video, schools across Bali are now being challenged to deliver workshops themselves.

Schools have their online workshop published on the “It’s My Life by Bali Children’s Project” YouTube channel.

Backed by our staff, a online mobile application, and more, the program gives life-saving information to students who would otherwise be uneducated in the matter.

In 2021, this program is kindly supported by The Mel Wolf Foundation, Grant and Sonia, Allan and Katrin. 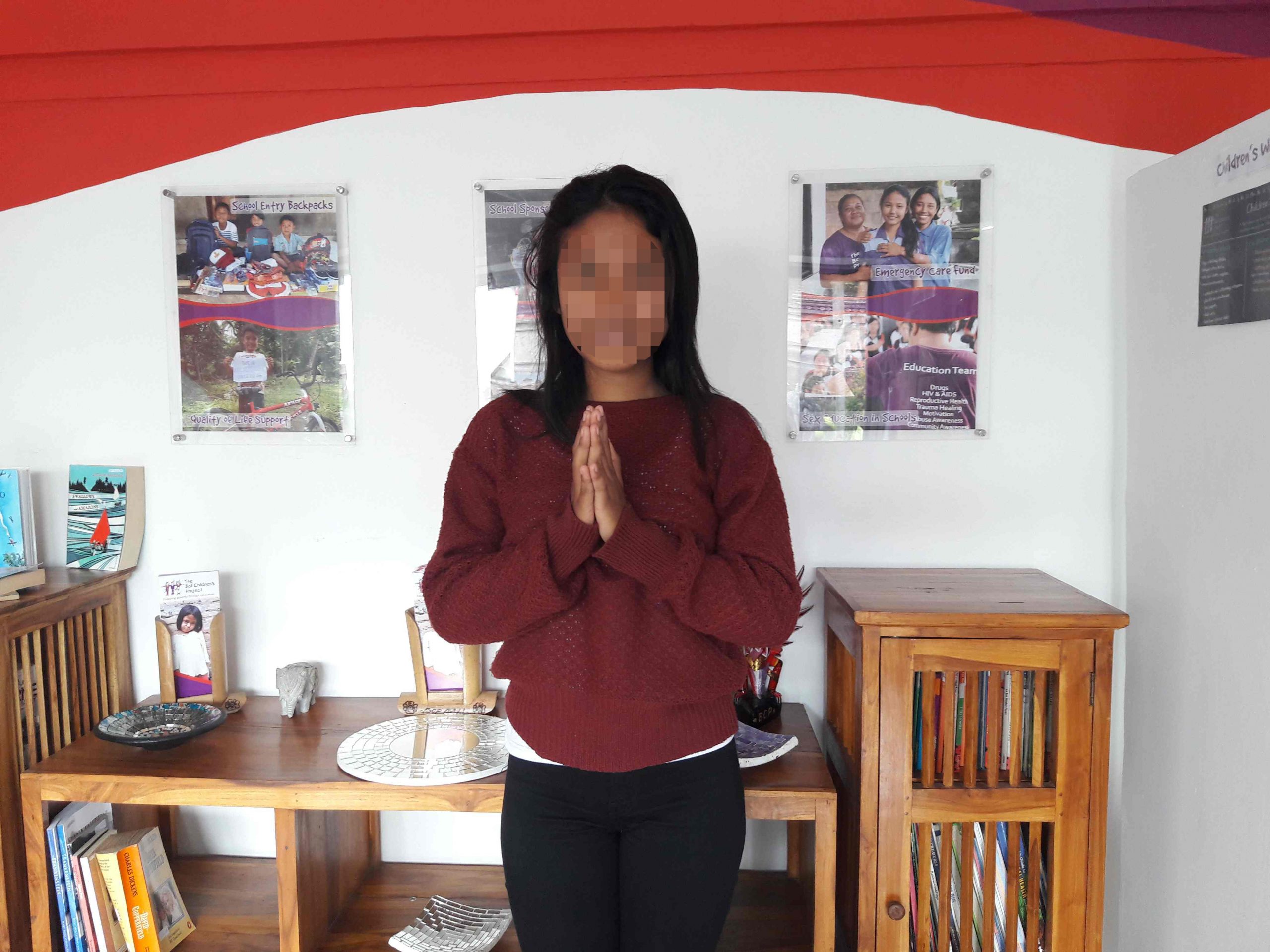 Kadek, a 17 year old from Negara, east Bali, lost her father when she was 13. At the time, her family thought it was through ‘illness’. Kadek’s father was never
diagnosed or medicated.

It shook her whole family. Kadek’s mother started to get sick and was diagnosed as HIV positive. Kadek was HIV negative.

Not only did Kadek lose her father, her mother remarried and was unable to bring Kadek to her new home (as part of Balinese custom). So she was passed around to relatives.

The whole series of events could have been prevented if Kadek’s father had benefited from sexual education as a teenager.

Kadek’s story is a single story of thousands happening in Bali. Sadly, we see these stories regularly within our programs. 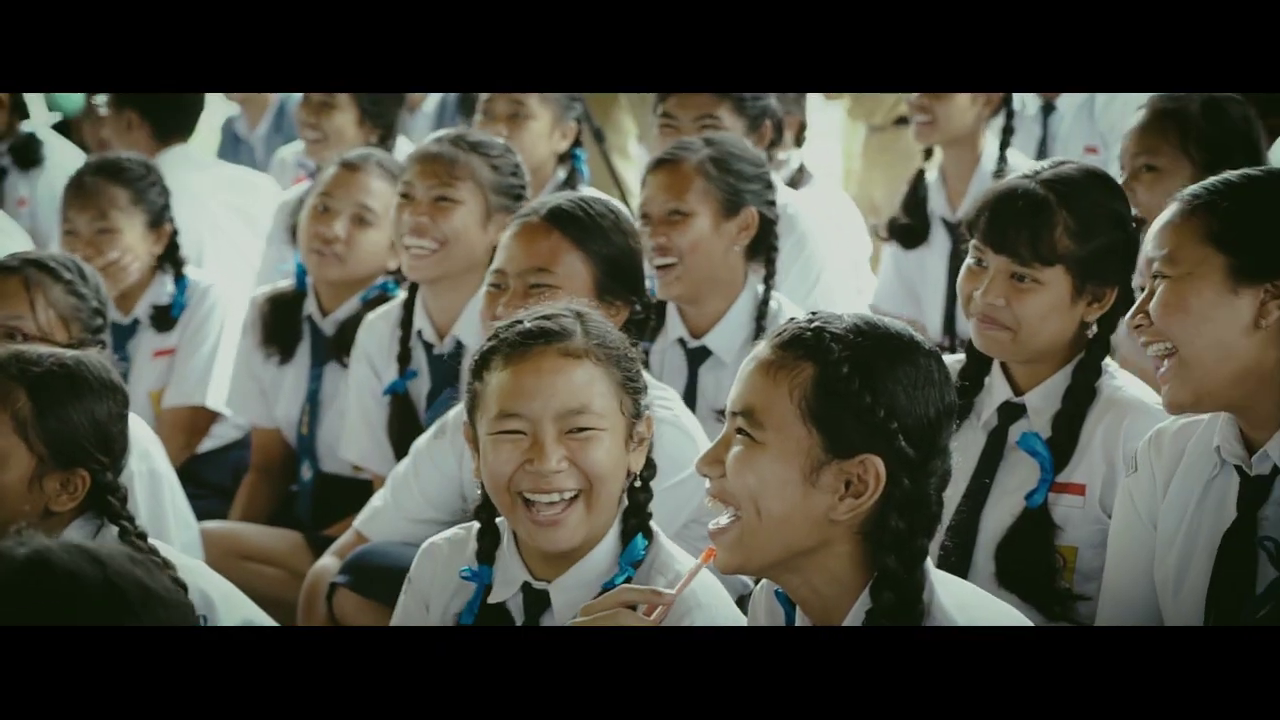 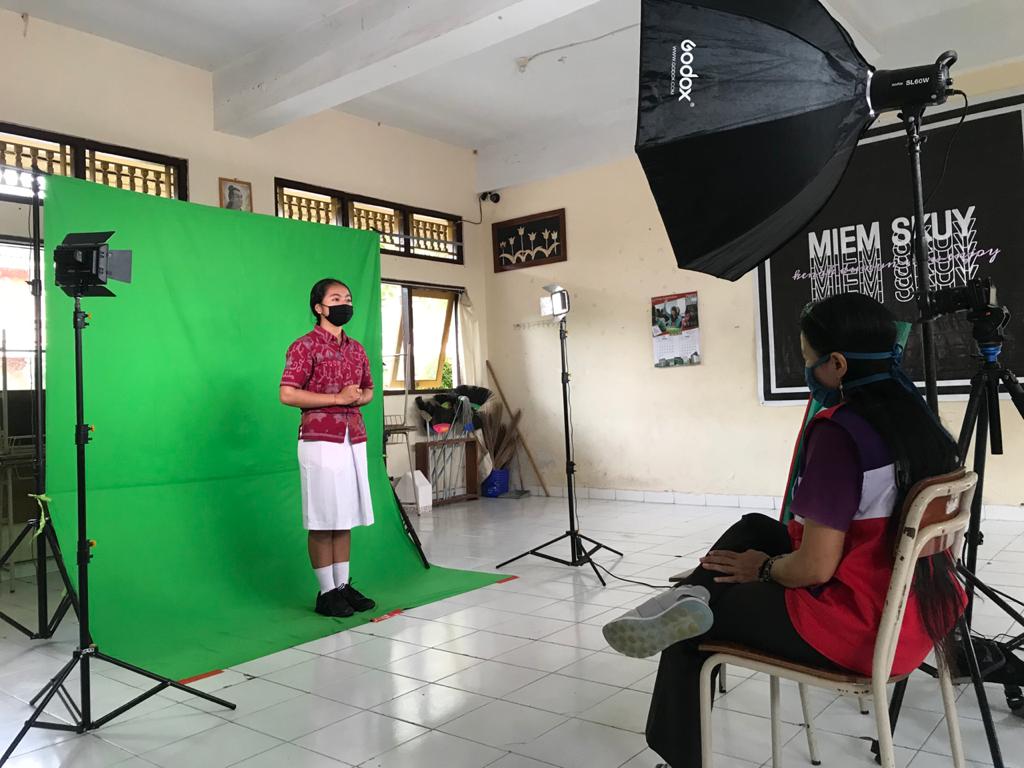 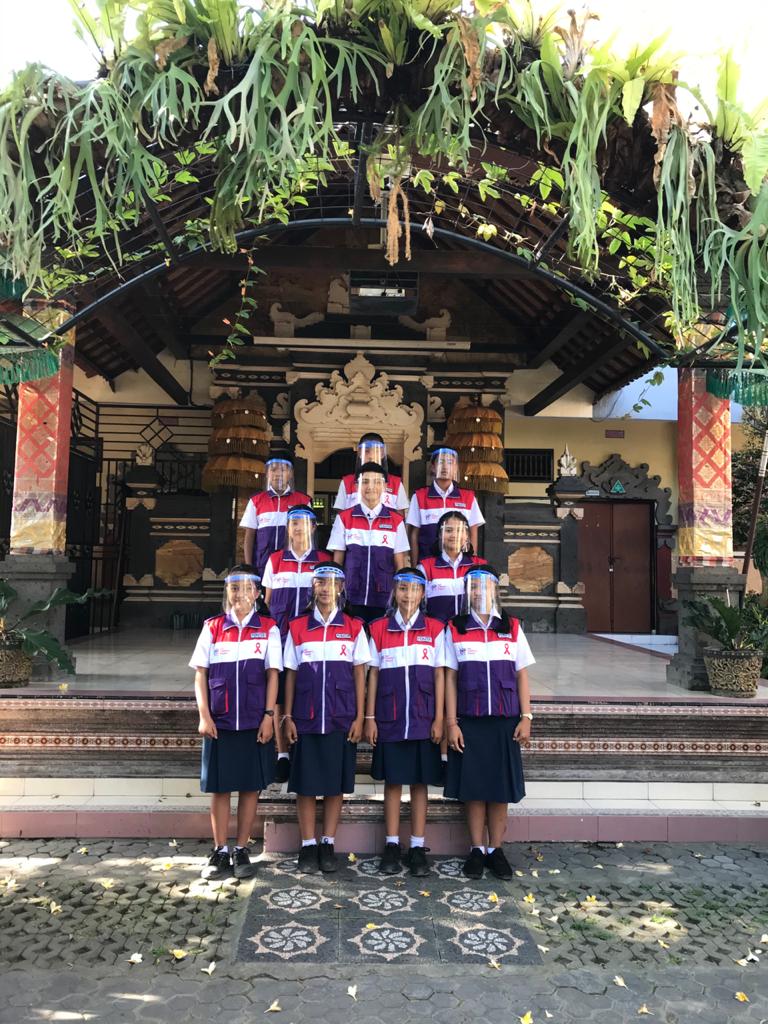 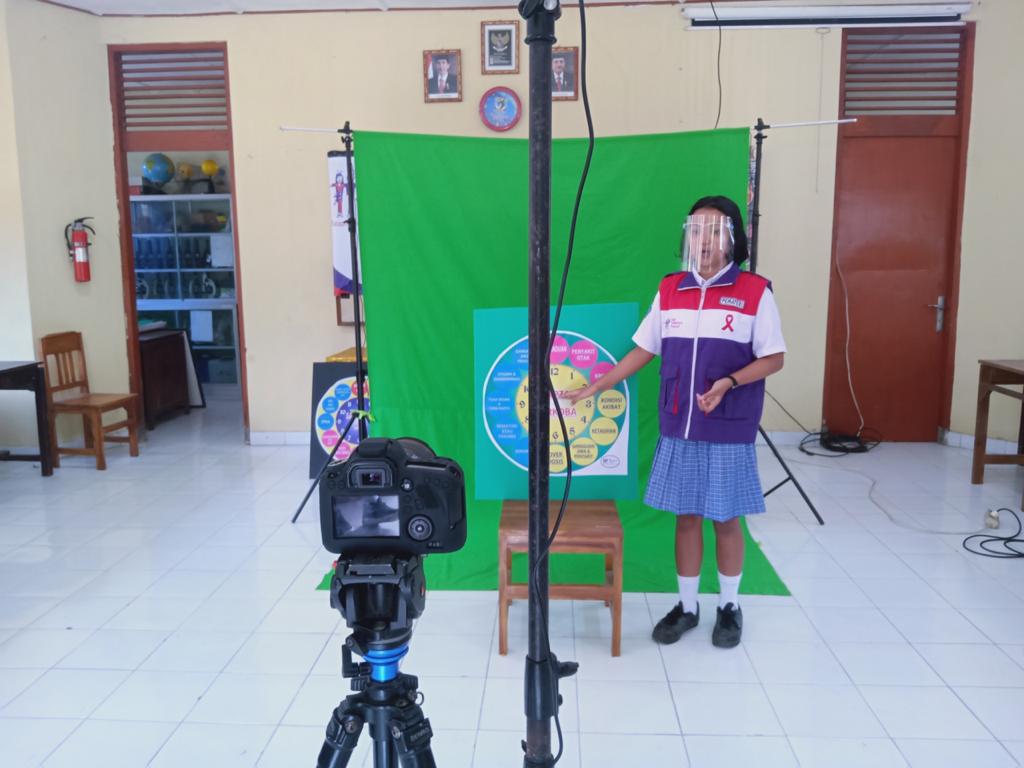 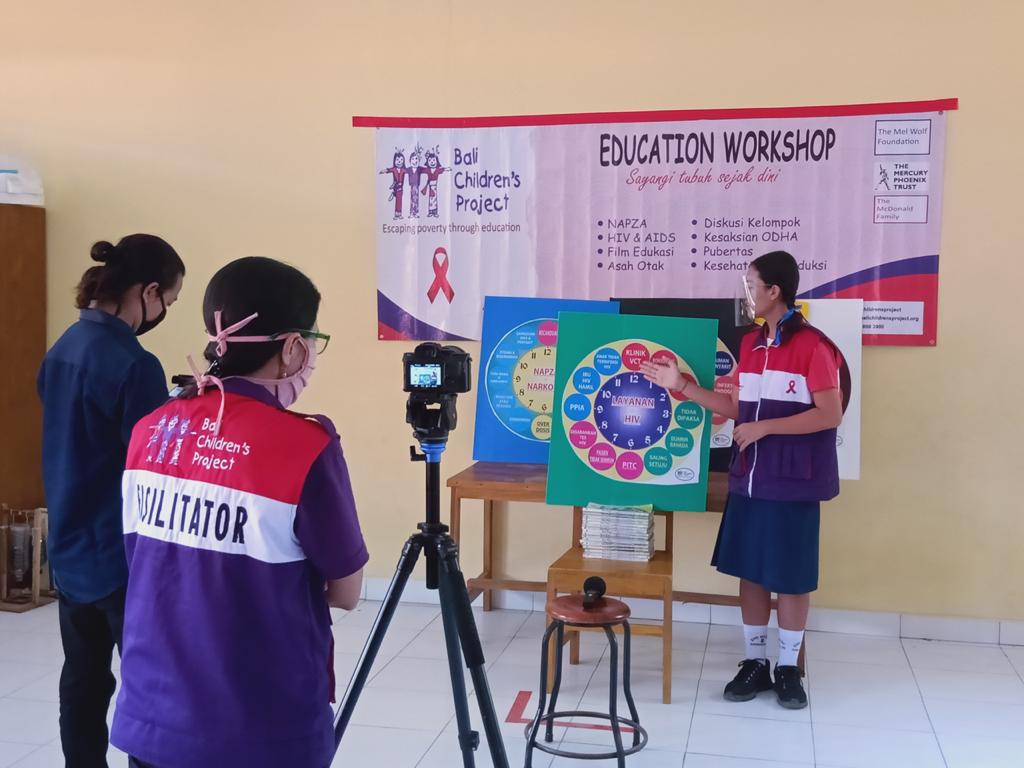 We rely on grants and individual donations to continue our Sex Education work in Bali. It’s a vital program that saves lives through proactive education.