13 year old Sintia Wati lives with barely anything at all. The shack she calls home is in dire condition. That is all changing now that we’ve reached our appeal target for her new house.

Sintia lives in Karangasem, east Bali. Her living conditions are the bare minimum – a one room shack with a small mattress and some firewood.

Just days after posting Sintia’s appeal, we could not believe our eyes. We received the full amount required to build Sintia a basic new home from an ‘Anonymous Donor from Mercia Marina’.

It’s incredible to realise our target before we were even able to publicise Sintia’s appeal and marks a huge turnaround in fortunes for Sintia and her father. 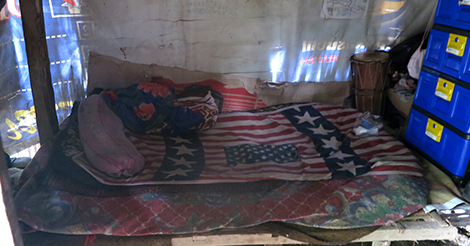 Her parents are divorced and her mother has never returned; she left when Sintia was two. She shares the bare surroundings with her father who struggles to find regular work.

To get to school Wayan walks 3km every day. Her teacher has donated her school uniforms, and when her father has work as a laborer. 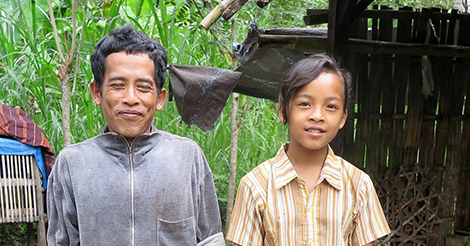 When he can afford it, Sintia’s father brings home food for his daughter, but a lot of the time they have simply had no other option but to eat white rice only.

We were exuberant to have found Sintia Wati a sponsor in Niki, almost immediately after we posted her story in February.

We’ve given some immediate relief in rice cooker, utensils, plates, and food. We’ve also arranged for a steady supply of eggs and vegetables so Sintia’s diet improves. 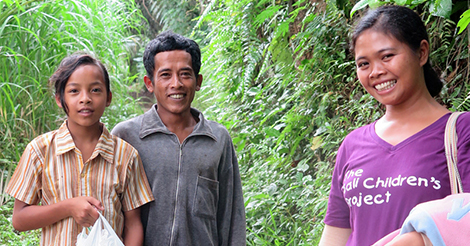 Niki’s sponsorship of Sintia covers another essential area – school costs. Sintia will now stay in school and receive an education. Without the sponsorship, she would have not been able to stay in school.

Niki has even bought Sintia a bike so she doesn’t have to walk the 4km distance to school every day. 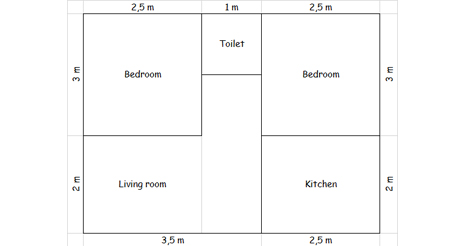 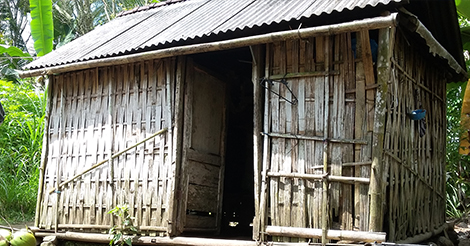 Although there is a government housing program in Bali, Sintia’s family do not qualify. So we committed to building her a new home.

Our wishes were answered as the anonymous donors from Mercia Marina got in touch and made their donation.

While most houses in the west costs 100,000’s of USD, a simple house only costs relatively low amounts.

Now our required total has been received, we will get straight down to building. Managed by Sintia’s local co-ordinator and our dedicated staff, we are hiring a local team to build the house, which will take between 30 and 50 days.