Life for Kadek Dimas and his parents is tough. His parents suffer from health problems and struggle with daily life, while rising school costs loom over Kadek and his family. 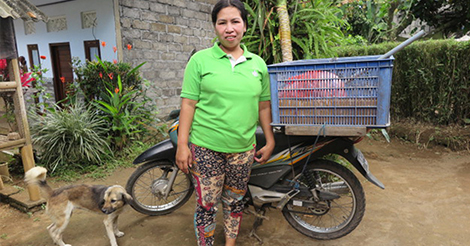 Kadek’s mum drives around selling snacks as a mobile shop

Kadek Dimas, a 13 year old 7th grader in Bangli, dreams of becoming a tour guide. He would very much love to learn foreign languages to increase his chance of one day getting work.

Every day, after school, to help pay his expenses and help his family, he works as a shopkeeper. He gets paid about $8.50/month for that. He gives the money to his mother and gets about 25 cents/day for pocket money for food. 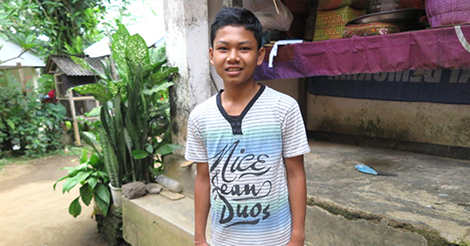 Kadek is unlikely to finish school unless he finds a sponsor

Kadek gets to study and do his homework at night. When he can, he enjoys soccer and village temple dances. He loves school and really hopes to be able to continue, and even afford English lessons. These are very cheap, but not when you have no money.

His parents have severe medical issues and this has led to the family mainly being supported by his mother, who sells snacks. Kadek’s father lost his leg to diabetes and uses a prosthetic. His mother has asthma. His father helps around the house and is paid to feed pigs. 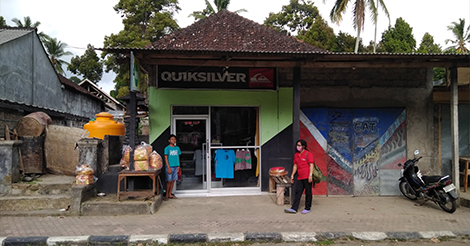 The shop where Kadek used to work

Thankfully Kadek’s sister has been sponsored. It meant that she stayed in school, but isn’t able take Kadek to his job – a blessing in disguise – as Kadek has now left his job.

Pressure continues though. Kadek’s family have borrowed money for his school costs and as he grows older it will only become more expensive. Like his sister, Kadek is highly likely to drop out unless he can find a sponsor.