Kindness that Runs in the Family

Kindness that Runs in the Family

Kindness runs in the family as Annemarie and her daughters Jane and Johanna all became sponsors for children November.

It’s always an exciting thing when somebody commits to becoming a sponsor for a child in need in Bali. We are able to bring the good news to the child and family, knowing that what we are going to tell them will change their lives. 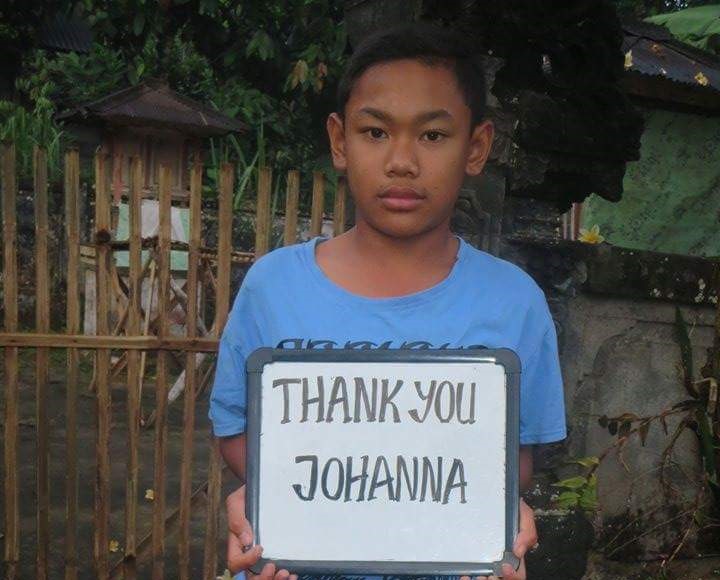 So when we had three sponsorships in the space of a few short days, we were so delighted. The sponsorships weren’t a coincidence though – it turned out to be all from the same family.

When looking through our Sponsorship Waiting List, Johanna saw Wayan Darmawan, who had been on our waiting list for over a year.

Her heart went out to Darmawan and Johanna decided to sponsor him. Darmawan’s long wait was over and his future education was finally secured.

The kindness of a family

Johanna informed her sister Jane and mother Annemarie about the sponsorship. After hearing about the program, Jane and Annemarie decided to become sponsors too!

Next up, Jane became Erika’s sponsor. 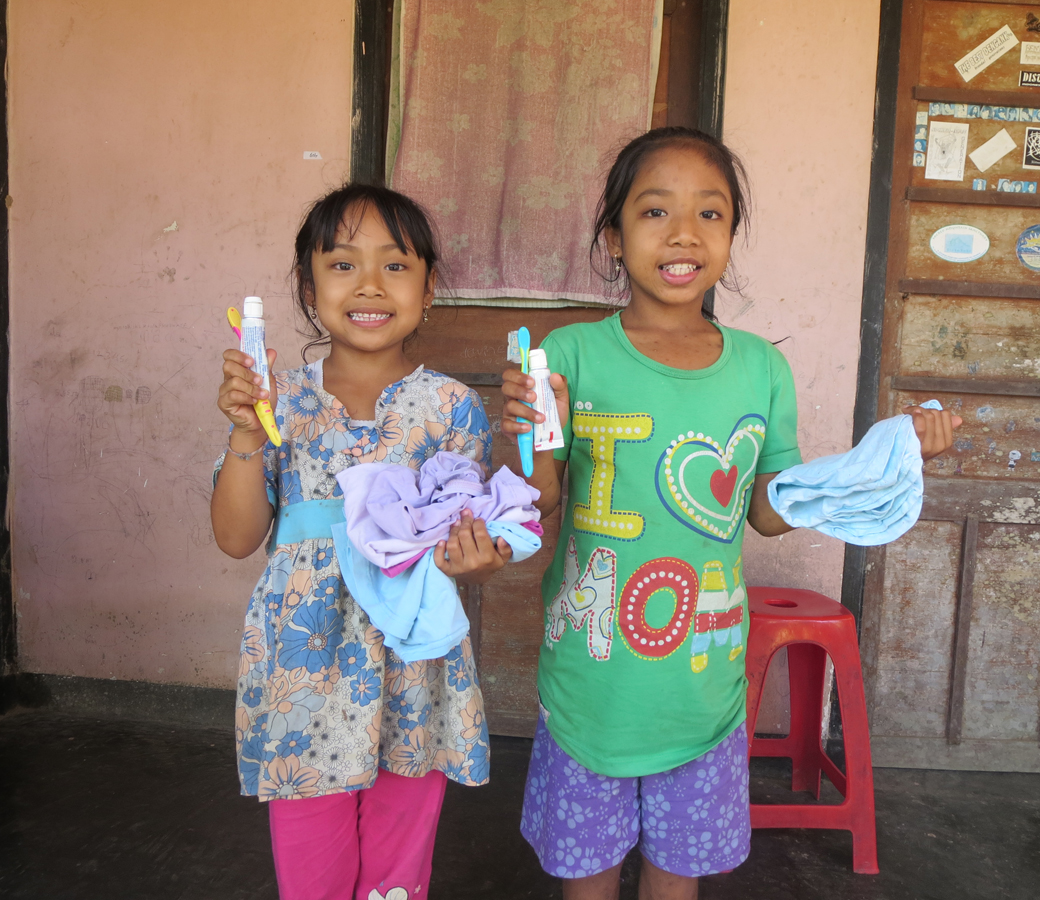 Erika’s sister Erlika had already been sponsored, but Erika had not. Both girls have shown a serious amount of promise, but were in need of sponsorship to stay in school. 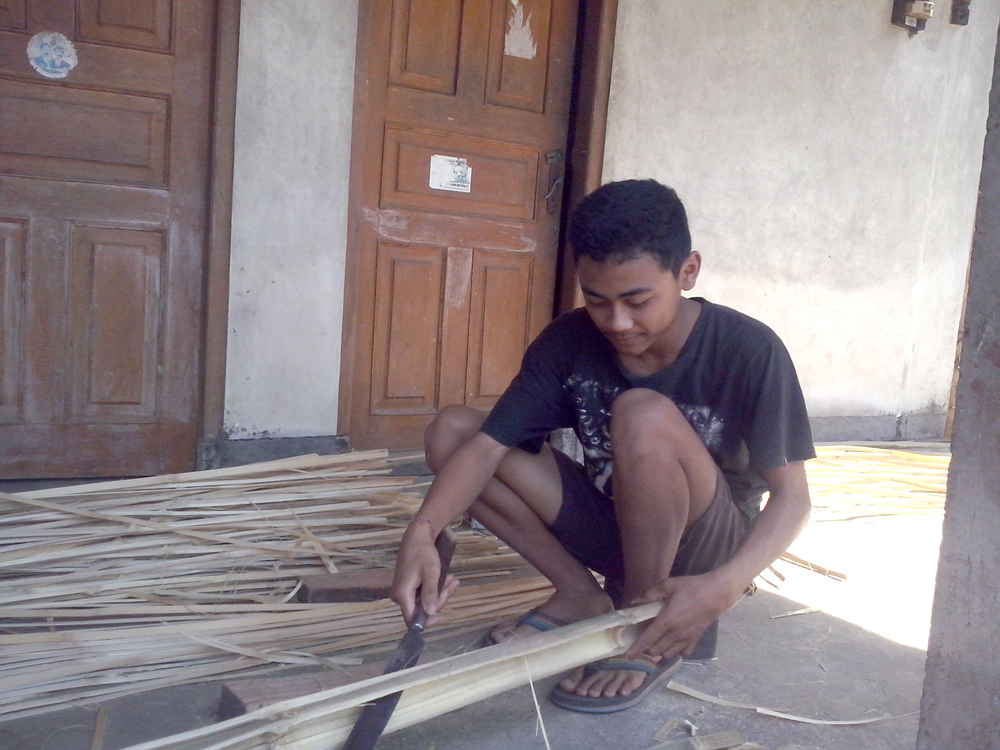 Top of our list for a next sponsor was Putu Ema Budhiasa, from Karengasem (Bali’s poorest region).

Ema was struggling through his final years of school, living with his family of 4 in one single room. The family make bamboo carvings for a living, but earn so little they could not afford Ema’s rising school fees.

Ema was under pressure to stop school to become a full time labourer to bring small income to the family.

Annemarie’s sponsorship means he’ll finish school and can continue his passion for studying Japanese to one day work in the tourism industry.

We can’t thank this generous family enough. Their sponsorships not only provide the physical ability to stay in school, but also give a huge inspiration for the children to reach for their dreams.

It is a small amount of money that can make a lifetime of difference.

If you are interested in sponsoring a child please see our sponsorship waiting list, or get in touch. 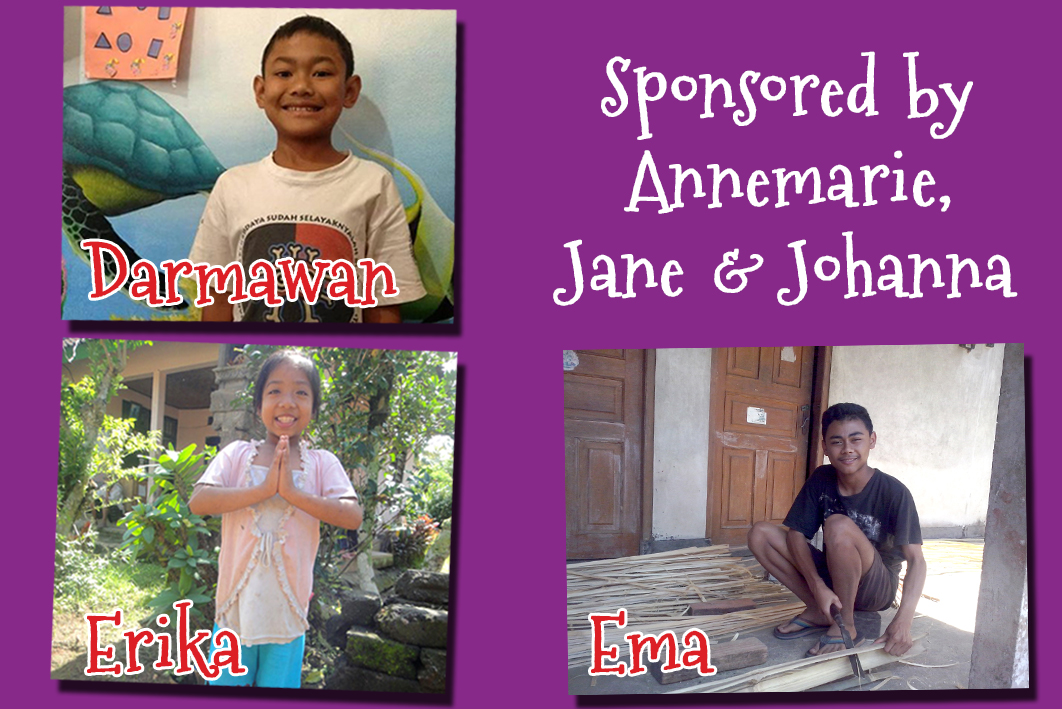