As Mount Agung continues daily tremors, Bali Children’s Project have been preparing children and families for the worst case scenarios. 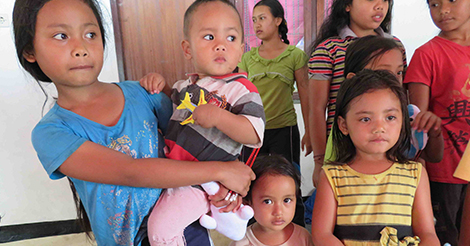 Since October 2017, Bali has been living under the threat of a potential eruption from Mount Agung. Up until the time of writing (January 23rd 2018), there has yet to be a full scale magma eruption.

However, saying there hasn’t been an eruption only tells a tiny bit of the story.

The volcano has been blowing ash for quite 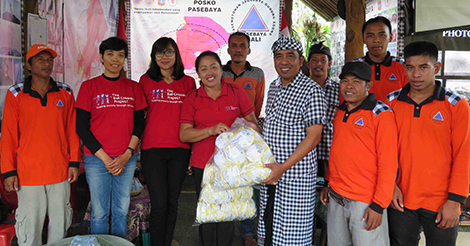 some time…ranging from large ash plumes in December that briefly closed Bali’s airport, to smaller, almost daily ash plumes that we are seeing in January.

The warning level of the volcano currently stays at level IV, which is the highest warning that can be given regarding an impending eruption.

Many media outlets may have tourists worried about visiting Bali, but for the majority of the island, life has continued as normal. However, 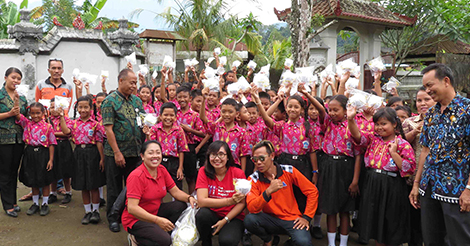 for those families who live within 12km of the volcano, life has been difficult.

With the warning level still at level IV, people nearby the volcano are still understandably worried. 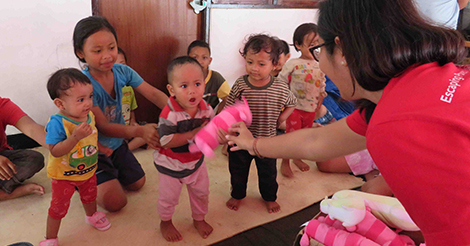 12km have found themselves in and out of the ‘red zone’ – the red zone being the area that requires mandatory evacuation.

This has had a profound impact on the 100,000+ people living in these areas. The numbers of people in evacuation camps have varied from week to week.

Schools have closed and reopened, children have moved to and from temporary schools and homes. 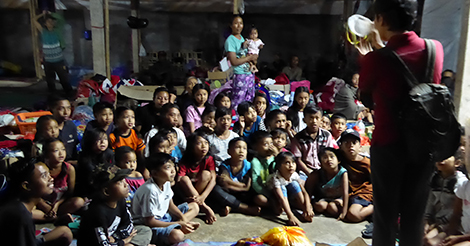 As families come to terms with living with uncertainty, we’ve heard many stories of families struggling. A large amount of people have lost their jobs, with manual labourers unable to work. It’s left them with difficulties in affording daily life, especially when eligibility for evacuation supplies has varied.

Some families have stayed in camps, despite their homes being considered safe. 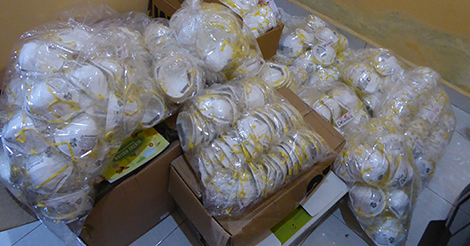 Since the initial rumblings started, Bali Children’s Project has been working with camp leaders and local authorities to provide relief and response to evacuees. Our team have been undertaking weekly visits to do all we can to help.

Early response including helping to supply evacuation camps with supplies and equipment to help evacuees live in the camps.

Our appeal to supporters to date has raised 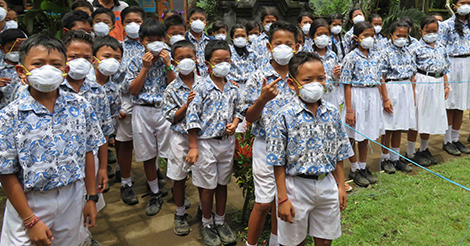 over 13,000 USD from kind people all over the world. It has helped us to provide both an immediate response, while planning for the worst case scenario too.

Volcano eruptions have profound impacts on the surrounding communities for years after an initial eruption. So it is crucial that Bali Children’s Project plans for after an eruption as well as during. We are yet to see how that may transpire, but appeal funds will be crucial to our post response.

Most recently, our aim has been to equip the camps and children closest to the volcano with ‘N95’ breathing masks. These specially adapted masks are able to filter volcanic ash and enable children to breathe.

For now, our focus has been firmly on taking care of the health of children in evacuation camps and villages within the 12km radius.

Focusing on the districts of Rendang and Nongan, we have been visiting smaller camps that have lacked support so far.

Purchasing over 2,000 N95 masks with appeal funds, the Bali Children’s Project team has been donating masks so that children under 18 are ready to use them.

It is not simply a case of donating a mask to a child though. The team has undertaken countless ‘how-to’ sessions with children, parents and classes to prepare them for a potential eruption.

The session includes learning about what volcanic ash is, what it’s health effects can be, when to use their masks and how.

Further masks have been donated to all children within our sponsorship program, not only those who are within the initial radius.

In our most recent visit last week, we were at schools in the 6-12km (currently safe zone) educating children on how to respond and wear masks. We donated 460 masks across 4 schools in Rendang, as well as 5 evacuation camps.

Hoping for the Best

Our sincere hope is that children and families never need to use these masks – but we must be prepared in case they do. It means directly reaching out to families, camps, villages and schools to help residents understand what it all means.

Prevalence of ash depends on the wind at the time of an eruption of plume. It is very difficult to predict as nobody knows which way the wind will blow at a particular time. This is another reason to prepare children before it happens.

With the volcano still at level IV and still emitting ash clouds, the science behind when it will erupt is still not known, although by most expert accounts, it is a matter of when and not if.

You can support our relief efforts by donating directly to the appeal through our appeal page here. If you are in Bali you are also welcome to drop in supplies, toys, games, N95 masks and any item that would help children. 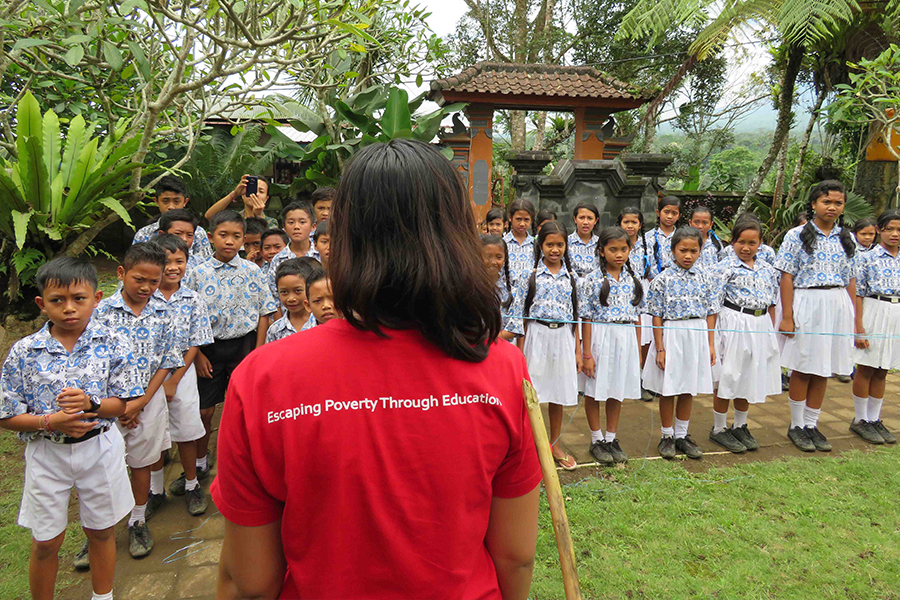 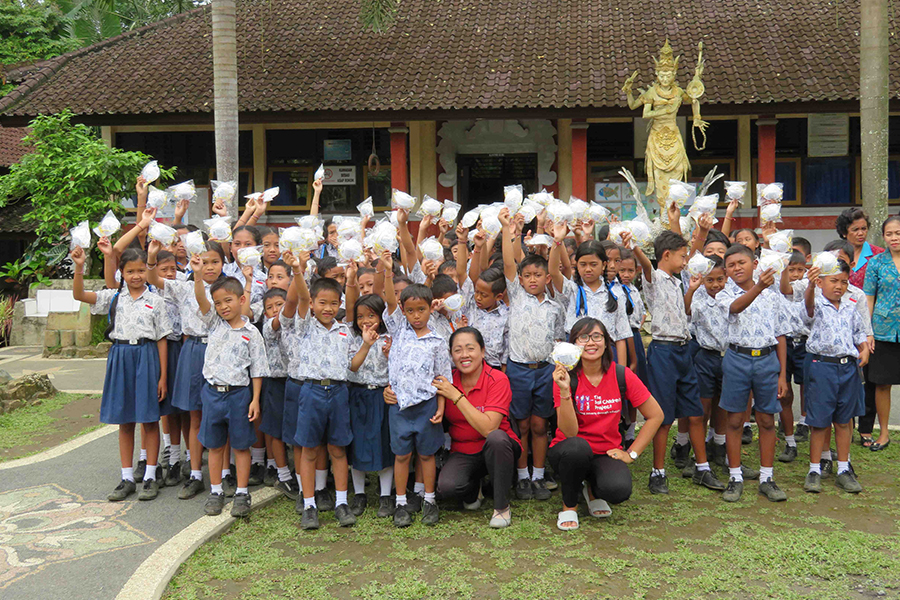 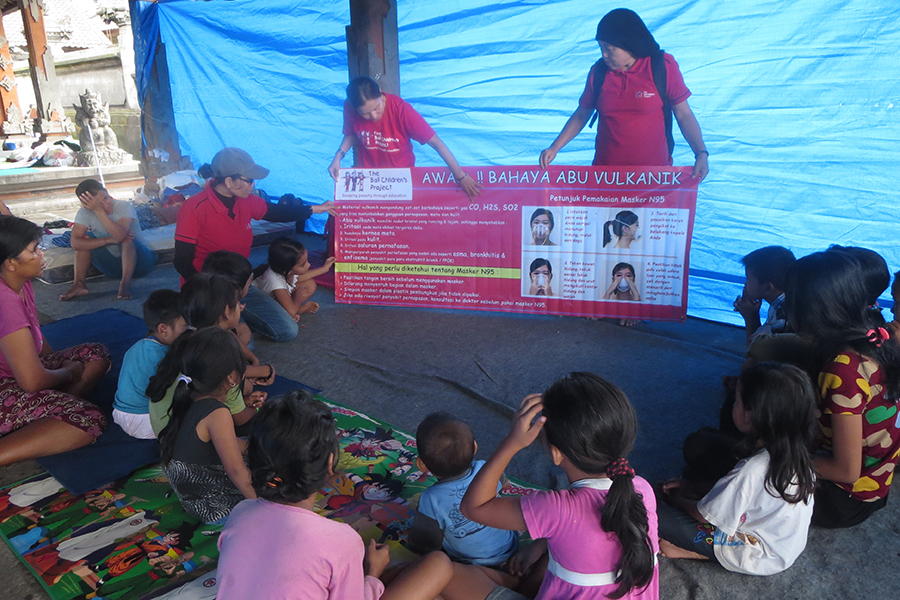 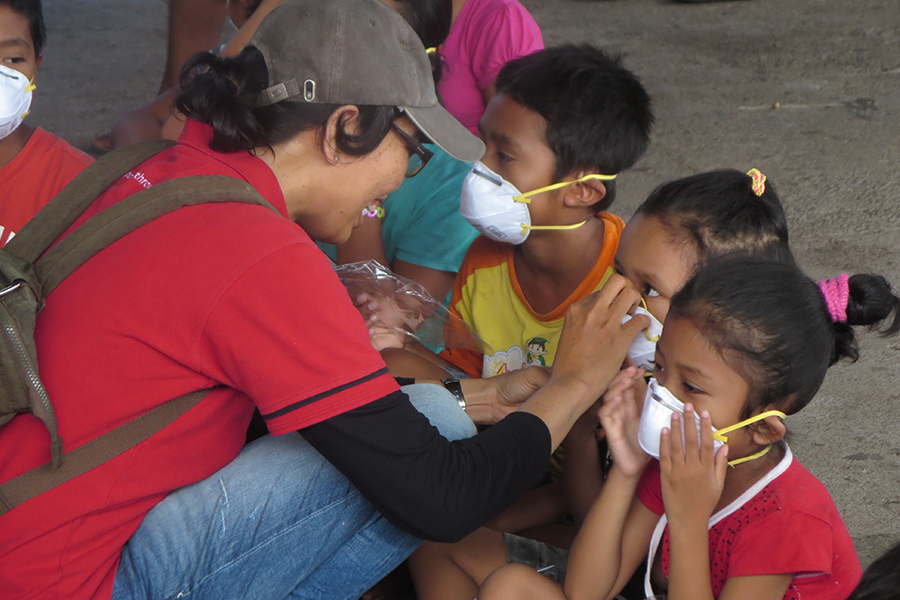 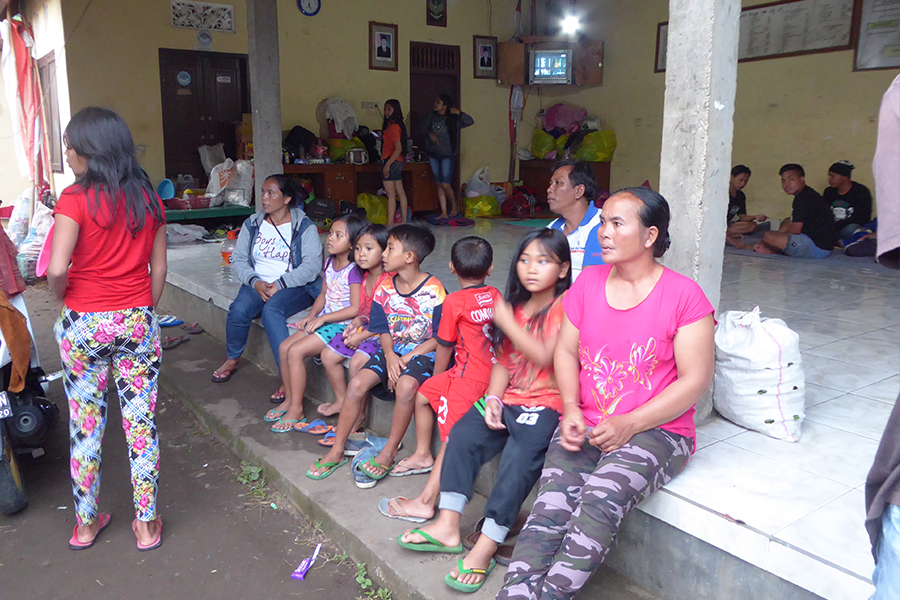 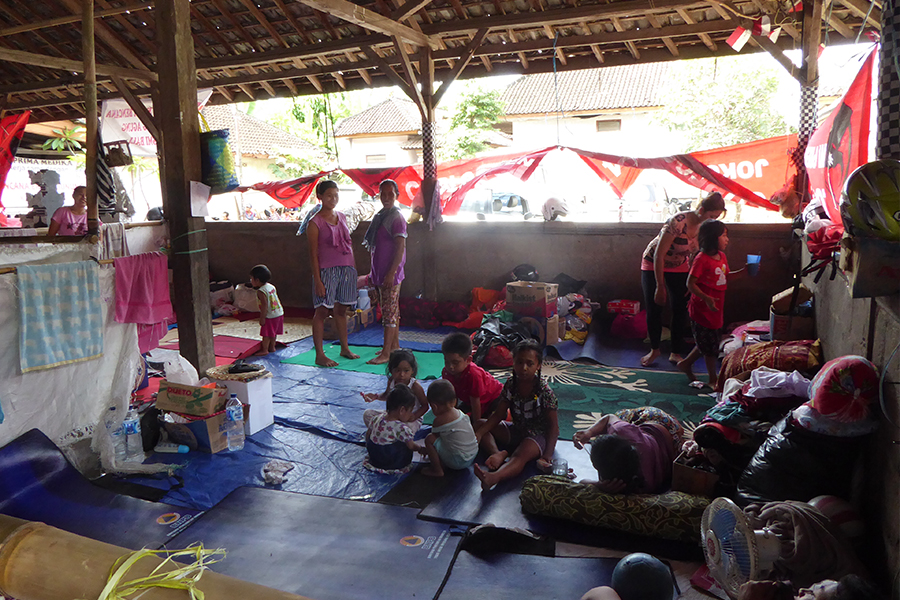