It’s been a worrying time in Bali as Mount Agung’s potential eruption continues to affect lives of families and children. Our Mount Agung relief effort continues… 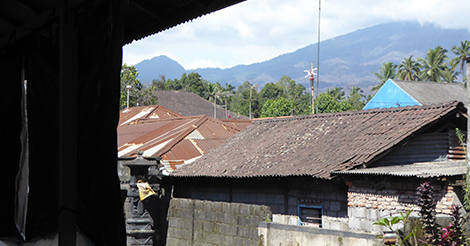 Since September, Mount Agung has been showing signs of possible eruption, with a red zone being created by the volcano.

In the last two weeks the volcano has spewed ash clouds several times, although a major eruption has not occurred. The ash clouds show little sign of stopping, with two particularly large spews recently closing Bali airport for two days. Tourism on Bali has taken 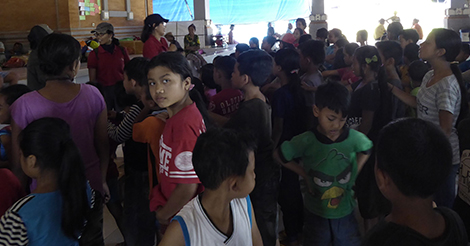 a huge hit, with many visitors fearing a full scale eruption and having their flights cancelled.

The months of uncertainty have resulted in turmoil for many families. The threat level at the time of writing is at level four – the highest threat level. Large ash eruptions and frequent tremors have many people understandably worried.

Ash spews have created another danger 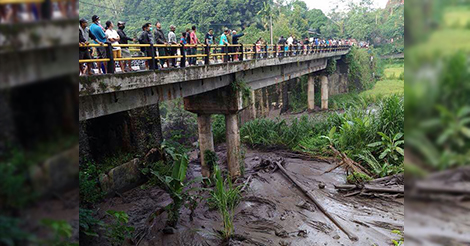 in’lahar’, known as cold magma and made up of ash and looks a little like mud. The slow flowing lahar has the potential to destroy everything in its path.

While there has been a great response in terms 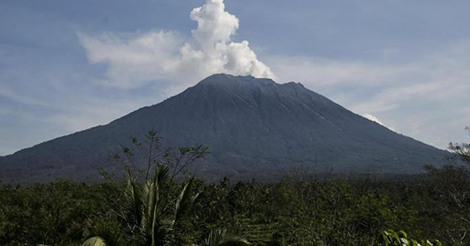 of an early warning system, magma is not necessarily the main threat to health of evacuees.

The ash clouds produce particles that can be particularly dangerous to eyes and respiratory systems. An added difficulty is that ash cloud direction depends entirely on the wind, so it could hit anywhere.

For evacuees, not knowing whether or not they’ll be breathing in toxic ash adds to the 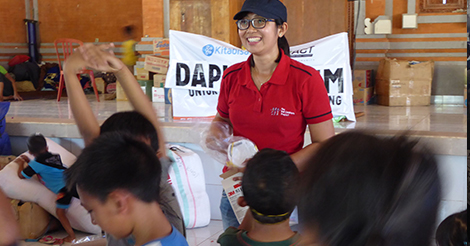 After weeks of uncertainty, many families are still scared to go home. The numbers of evacuees displaced by the volcano has varied. From 150,000 evacuees during the first warnings, it has been a roller coaster of ups and downs in terms of the threat level.

In the camps visited by Bali Children’s Project, we heard from evacuees and camp co-ordinators who told us about their situation. 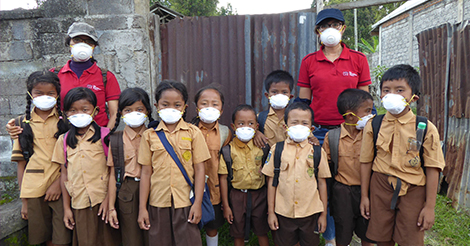 Many returned home as the volcano calmed, before returning to camps again as rumbling started once more. It seems that many families are living at their family home during day time, before returning to their evacuation camps at night. They fear a night time eruption while sleeping.

Children have been affected by all the uncertainty. Moving away from their homes, 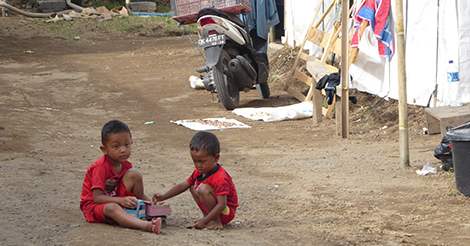 most evacuated children are going to new schools in safe zones. Many return home, but many also stay in their designated evacuation camps.

It’s a stressful and confusing time. Thankfully, the huge response the government, non-profit organisations, businesses and individuals worldwide has meant basics are well provided for.

However, there is little to protect children from 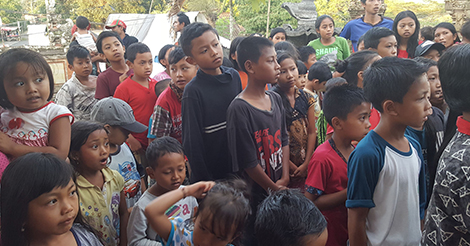 the dangers of ash fall.

Bali Children’s Project is committed to helping respond to the volcano situation.

After launching an appeal to help the people displaced by the volcano, Bali Children’s Project has been visiting several smaller evacuation camps – around Rendang and Nongan areas. 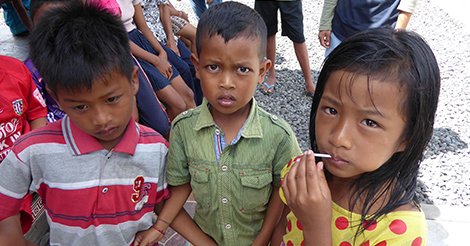 An incredible response from donors in Bali and internationally, meant that we were able to bring with us supplies for families, with a focus on children. Most children in the camps we visited had little to do, with no toys, games or activities. To date, the appeal has raised over 10,000 USD to help evacuees.

It enabled us to work with local leaders, visiting camps and donating large amounts of supplies – such as hygiene books, arts and crafts supplies, toys, games, 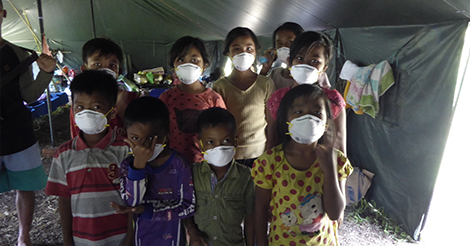 education materials, food as well as other items.

From our weekly visits, it became clear that many camps were under prepared for the dangers of volcanic ash.

During our latest relief visit on 8th December, the team spent time at seven small camps 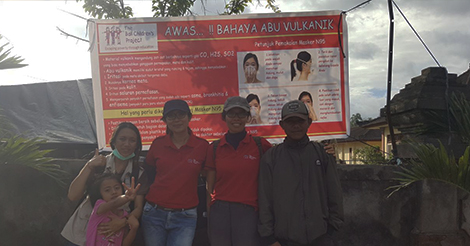 in the Rendang and Nongan areas.

Distributing a further 379 child size ‘N95 masks’ and demonstrating how to use them, as well as giving further relief supplies.

After our first visit to donate children’s N95 masks (paid for by appeal funds), it was apparent that many children and families do not understand the importance of masks and when to use them, despite demonstrations.

So, Bali Children’s Project has been distributing awareness banners explaining what volcanic ash is and how to use the special N95 masks.

You can support our relief efforts, which will likely be a long term project, by donating via our appeal.

By most expert accounts, there is an expectation that the volcano will erupt fully, but nobody knows when. This means that families and children continue to live in turmoil, hoping for the best, but preparing for the worst.