Komang Sukedana is a whole new man since we first met him in June last year. This is how a sponsorship can make a difference to a young man’s life. 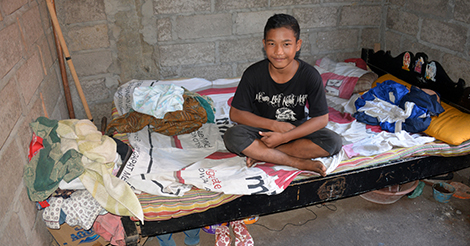 It’s thanks to Sponsorship from supporters Donna and Geoff that Komang has already seen his fortunes change.

When we met him, he already had a huge bill and was preparing to leave school.

15 year old Komang lives in Singaraja, north Bali and is the youngest child from his family. His grown up brother and sister who never finished school. It looked like his school career would end the same way. 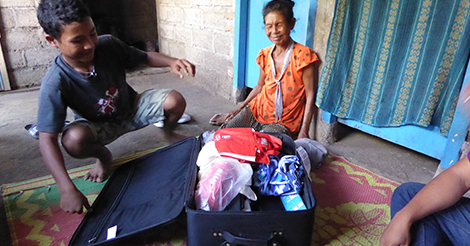 High school is not free and is subject to fees as well as a host of other expenses.

It means children from the poorest families often have no hope of graduating from school.

Komang’s parents are both farmers, who work on farms owned by others. They get paid once every 4 months.

Their poverty is such that sometimes the family ate rice and salt as their meals. 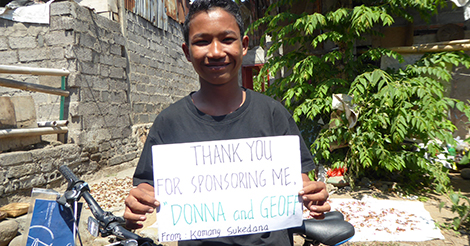 Sadly, Komang’s unpaid bills meant he would not have been accepted into the next year of school.

Thankfully, Komang is sponsored, so has his school future secured. When he graduates, he’ll be the first one in his family to do so.

He received a great surprise too, when Donna and Geoff send a whole suitcase of clothes, as well as a brand new bike so he can ride to school. 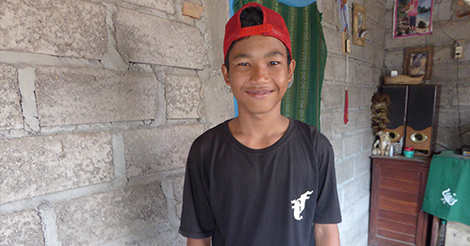 Sponsors Donna and Geoff’s support has kept Komang in school and he now looks forward to a future. It’s been a marvellous turnaround for his fortunes.

He’ll make his whole family proud to graduate and we are with him every step of the way.

A Future for Children

None of it would have been possible without sponsorship. We’re proud to help children like Komang stay in school and have a shot at achieving their dreams.

If you would like to find out more about sponsorships see here, or to see children currently on our waiting list see here.