A lovely story from two of our youngest supporters when mother Jenn dedicated a donation of two new beds to her young daughters. 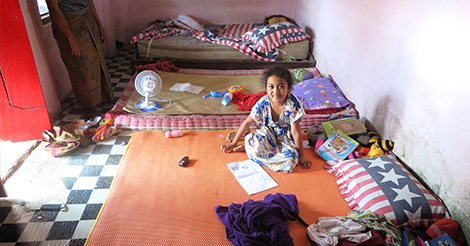 Sometimes generosity from supporters really can be overwhelming. When long term supporter Jenn saw that she could help further, she dedicated the donation on behalf of her two toddlers, Sydney and Sasha. 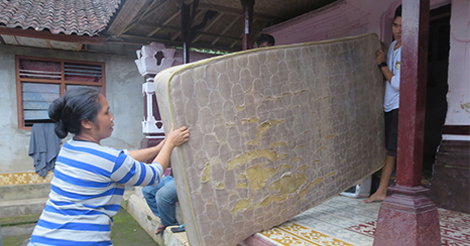 Now that Jenn’s children are growing up, she asked if her donation could help the lives of two other children on behalf of Sydney and Sasha. Specifically, Jenn asked us to buy new beds, sheets and mattresses for children who do not have much.

We told Jenn about Ni Putu Ayu Artani and Ni Kadek Sukareni, who’s whole family sleep in one room with what was previously some quite poor quality and old mattresses. 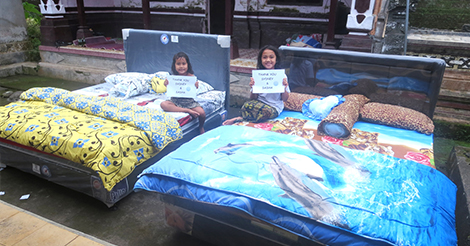 The donation enabled us to buy new beds, all delivered to Putu and Kadek within a couple of days. 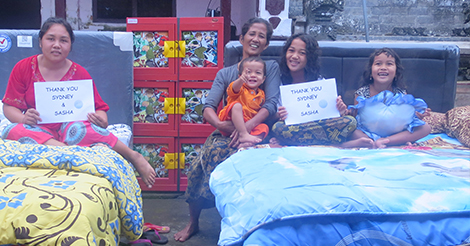 With the remaining funds from the donation, we were also able to buy a plastic dresser. Now Kadek and Putu had somewhere to keep their belongings.

The children are already sponsored for school, but living conditions of the children we sponsor are often poor. With their father passed away, the family has very little income. This is such an incredible luxury – clean sleeping and such better living conditions. 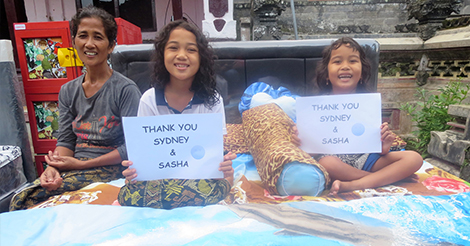 You can see the excitement that was generated by the unbelievable donation.In one picture,
Putu and Kadek’s little brother is pointing at the sky. His mother told him to look at the sky and thanked their father.

We thank Jenn for her thoughtfulness and her daughters Sydney and Sasha for donating. We thank our team for always being their to help improve the lives of children in need.

You can donate specific items too. Just take a look at our ways to help page.