Sintia’s House is Halfway There

Sintia’s House is Halfway There

Our charity work in Bali continued as Sintia Wati’s house has started to take shape! The foundations are complete and the walls are going up. 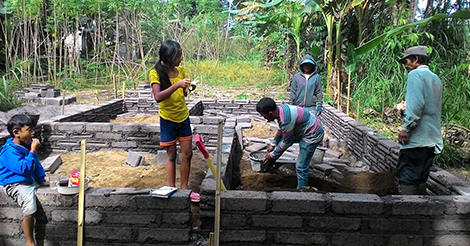 Sintia’s situation shocked us when we met her earlier in 2016. She lived in a poorly constructed, one roomed shack with her father in rural mountains of north east Bali.

Sintia had little in terms of possessions, her diet was poor and she was almost guaranteed to drop out of school. We need to do something. After finding finding Sintia a sponsor for school, we moved her to temporary 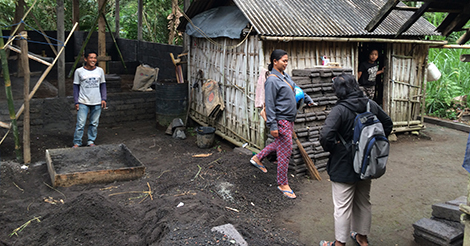 Sintia’s biggest surprise came in May. Bali Children’s Project launched an appeal to build a new house, which was fully funded by an ‘anonymous donor from Mercia Marina’.

It enabled us to get to work on building the 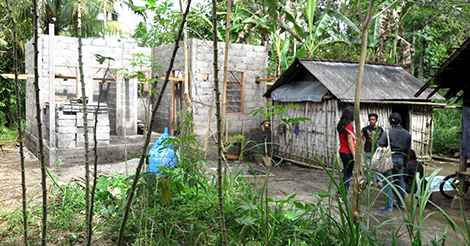 new house that would change her life.

A few short weeks later and progress is going very well. There was a short delay thanks to an uncharacteristic late appearance from Bali’s rainy season.

Our Facebook Album gives updates on progress as we oversee the new building. It will be an incredible turnaround. 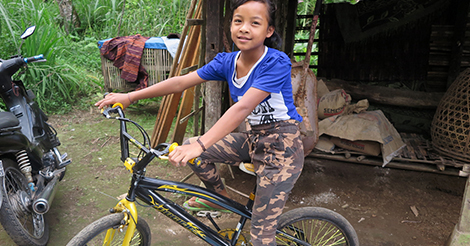 Sintia has had such a hard life since her mother left when she was just a baby. Thanks to the support of various people, her life truly is turning around.

We have seen such a change in Sintia. She is now always smiling and keen to show off her brand new bike, purchased by sponsor Niki.

We’ll continue to provide updates on progress with Sintia’s house and development. The new house already is a stark contrast to the previous shack.

If you are able to support our work, try taking a look at our Ways to Help page, which includes our suggestions for how you can support children in Bali.