Wildan has had a tough life. His parents have passed away and his extended family are struggling to afford school costs. Wildan’s sponsorship recently fell through, meaning he urgently needs a new sponsor to help him through school. 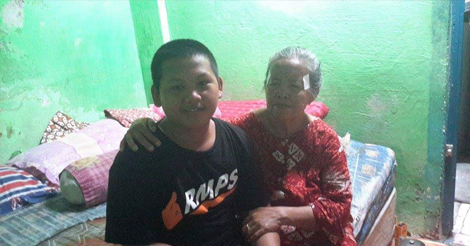 Since losing both his parents, 15 year old Wildan Wiliansyah and his sister have lived with his aunt and his father’s family His mom died in 2000 and his dad in 2012.

He’s now in the 10th grade in a vocational high school in Singaraja. Although he was happily sponsored for several months, his sponsor had to stop due to his personal emergency. 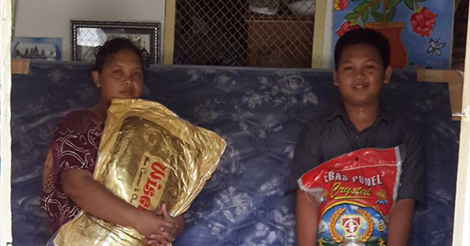 Seven people in one small house

They all live in the grandmother’s house which has 4 rooms. Seven people live there. The toilet is inside of the house but sometimes Wildan uses a public toilet which he must pay for.

The roof of the house is broken and when it rains it leaks. They have enough food to eat twice a day. His aunt is sick with diabetes and her eyesight is weak. Wildan would also really benefit from some additional support for things at home.

A future for Wildan

After school Wildan plays with his friends and in the evening he goes to recitation for the Quran. His hobbies are reading, cooking and swimming. He enjoys playing traditional music that is called Rebana. His favorite lesson is English.

Wildan says that if he graduates from senior high school he would like to continue to the university and study about tourism hospitality. This teenager wants to be able to take care of himself and his family, and he really deserves the chance.

He hopes, as we do, that a new sponsor will come forward and help him to continue towards his goal to graduate high school and obtain a good job.

Can you help Wildan by re-sponsoring him?

If so please visit our donate page and set your donation for $40 USD, monthly. To find out more about sponsorships, visit our sponsorships page.