When we met 5 orphaned children left to fend for themselves, we knew we could help. 14 year old Yulianti’s story was especially disturbing, but we are pleased to say things have brightened up for the children.

Late last month we were told about 5 orphans with no parents, living by themselves. Their father had died 7 years ago and their mother had left after struggling to cope. 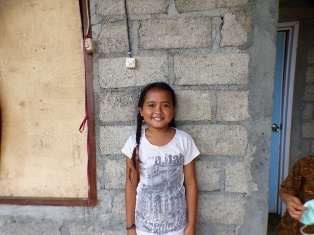 It was during Go Eat Give’s volunteer visit to Bali Children’s Project that we heard about them. Our Area Co-ordinator Manda, along with Gede went to check the situation and were deeply saddened by what they saw.

By all accounts, the children were indeed living in the government built house that formally included their parents. Although the eldest daughter has already married into a new family, the four other siblings weren’t fairing so well.

The two youngest – Deppa and Beki –  were still in primary school but were huge risks for dropping out. They certainly would have not made it past grade six. Nine year old Deppa was working all hours of her spare time washing dishes in a local restaurant. She has now been able to quit the low paying job thanks to the sponsorship. 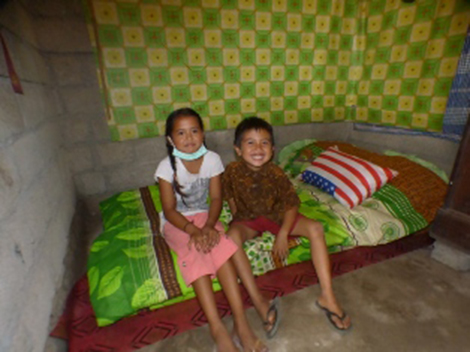 Perhaps the most shocking of all, middle sister Yulianti had not been seen for a year. We were told she had been in hospital. After lots of digging, we finally found Yulianti – who was being cared for by a kind doctor. She had been admitted to hospital following 60% burns from a hot oil spill.

We we so pleased that Yulianti had been taken in but one thing was still missing – an education. Yulianti left school at grade 7 and because of her burns, can’t go to a standard school. She requires regular treatment at the nearby hospital too. 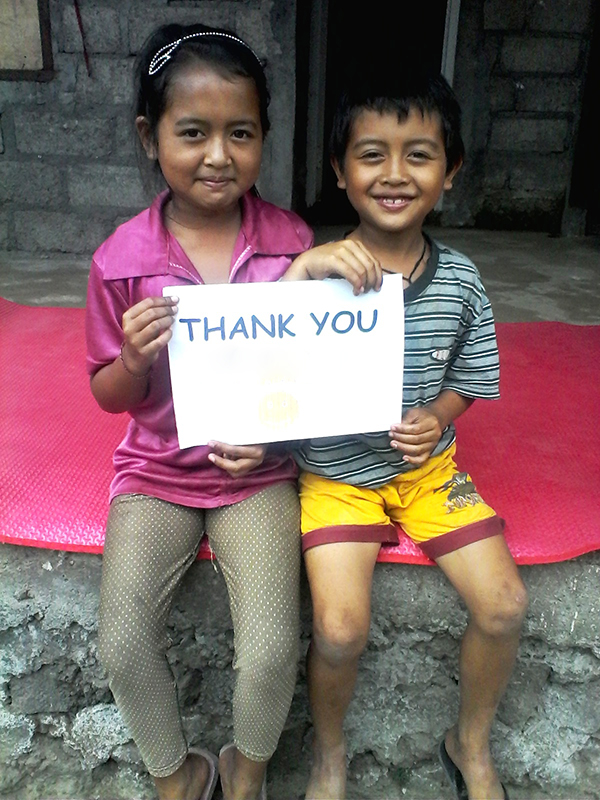 It meant we would have to get specialist education for Yulianti. After researching, Manda found a suitable school nearby – it’s a private school that will help her focus and catch up on the education she’s missed.

Yulianti is desperate to get back to school. She loves learning and is determined to make it through school, despite all her set backs.

But affording the costs for the private school was a different matter – it costs 3 times more than standard schooling, which meant we’d need 3 sponsors.

We didn’t have to worry though, as our supporters were once again there for children in need.

We’ve already enrolled her and are now getting her prepared for school to finally start again in November.

As for the Yulianti’s siblings, they’ll be in safe hands.

We managed to track down their uncle, who as it turns out is the closest person to a guardian. After lengthy discussions with their uncle (who has 5 children of his own), he has also committed to caring for the children. Meanwhile, Bali Children’s Project is Yulianti’s legal guardian for school.

And of course Manda and the BCP team will be closely monitoring the siblings’ progress.

We are continuing to work with eldest boy Luigi, who is adamant he does not want to return to school.

We thank everyone who was moved by the story of these children and everyone who has helped change their lives. It is only possible with help from such kind supporters.

If you are interested in sponsorship, please visit see our Sponsorship Waiting List or get in touch with any questions.