Teenage pregnancies, sexual disease and HIV/AIDS has rocketed in Bali in recent years. Our latest workshops took us to Tabanan to teach teenagers essential health knowledge.

It’s incredible to think, but there really is not a huge structure of sexual education in Bali. It’s often a taboo subject and isn’t even in the national curriculum. 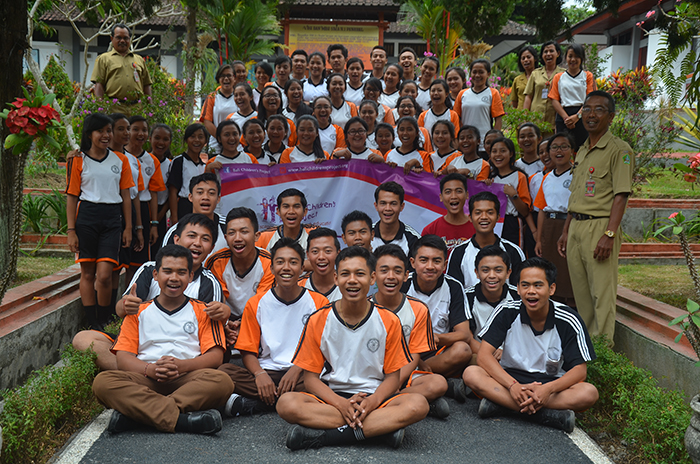 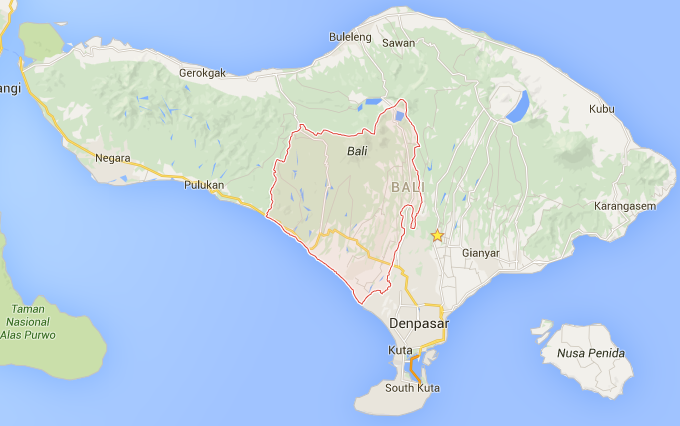 Most official efforts to fight HIV/AIDS in Bali have focused on providing reactive support for those with the virus. Bali Children’s Project run our sex education program to be proactive – equipping the younger generations with the knowledge to act responsibly. 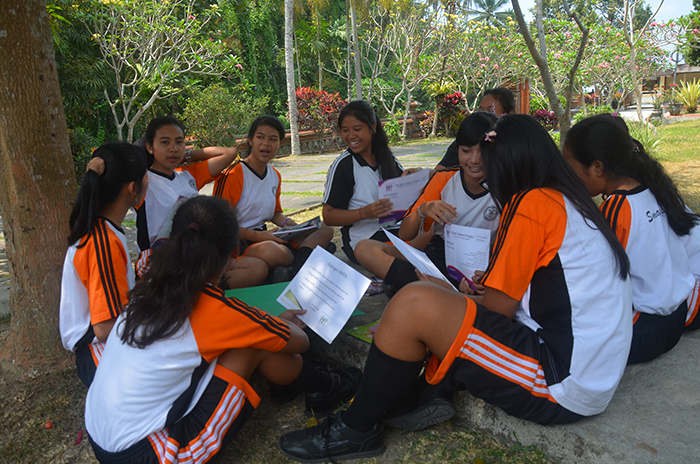 The most at risk individuals have been highlighted as heterosexual males between 20-29.The Australian reports children are “bearing the brunt of the HIV/AIDS epidemic in Bali”.[3]

Schools are desperately in need of proactive education in sexual awareness – the whole reason we started our Sex Education program 3 years ago. Since then we have been welcomed by more and more schools and actually have a waiting list of schools wanting to get involved with the project.

Our latest trip took us to the 5 schools in the region of Tabanan. It was another trip that fully engaged the youngsters – opening their eyes to information they’ve only ever heard thought whispers from friends. Talking about sex is a sure fire way to gain attention, and that’s exactly what the sessions did.

Tabanan – an area of about 840km square is being affected by rise of infection. In July 2014 there were 607 known cases of HIV/AIDS. The real figure, including undiagnosed cases and spread in the last year, is likely to be much higher. [4]

The evidence is the same though – the majority of cases are 20-39 year old males. 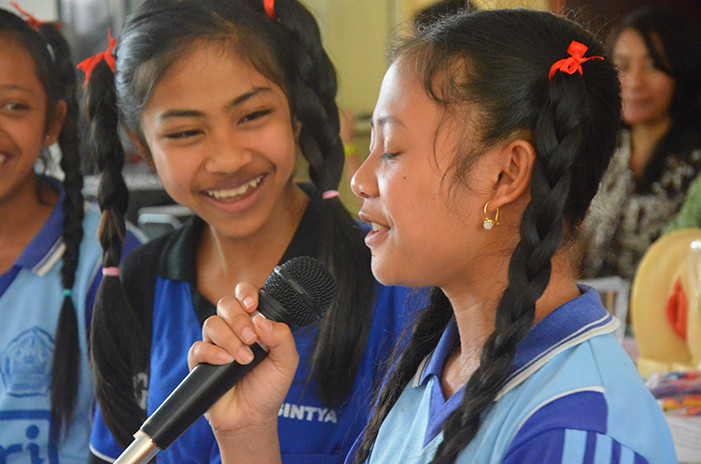 By educating using our innovative and unique workshops, we hope that we are saving many youngsters from falling into the same predicament.

The Tabanan workshops were, as per usual, extremely well received. We were welcomed back by schools we’ve worked with before, and added new schools to the 2015 program. It was clear from the attitudes of the children how much of an impact the workshops have on them.

Bapak Ketut Randem, representative from AIDS Comission for Tabanan Regency. He really supported our program, he came last year and this year he also came. He was not just observer but also active as co facilitator. 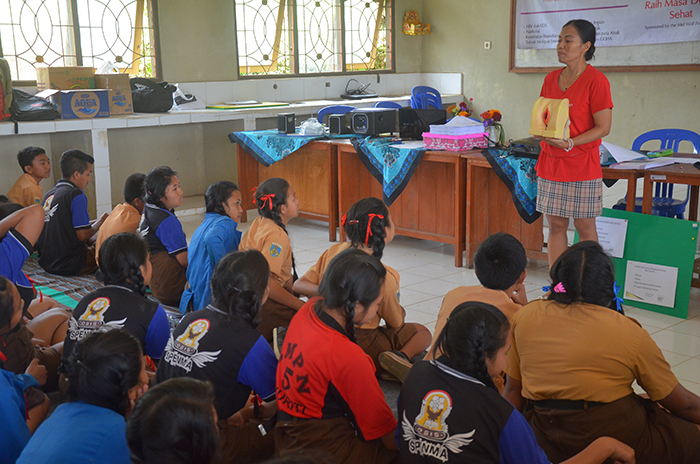 Our test results (pre/post learning tests) showed a huge jump in knowledge of sexual health – with almost every student posting a higher score when pre and post tests were compared.
The workshops include fund games, engaging discussions, group work, vision collages, testimonials from our friend who is living with HIV/AIDS and more. There is a full explanation of carefully crafted workshops in this article.

We visited schools of… 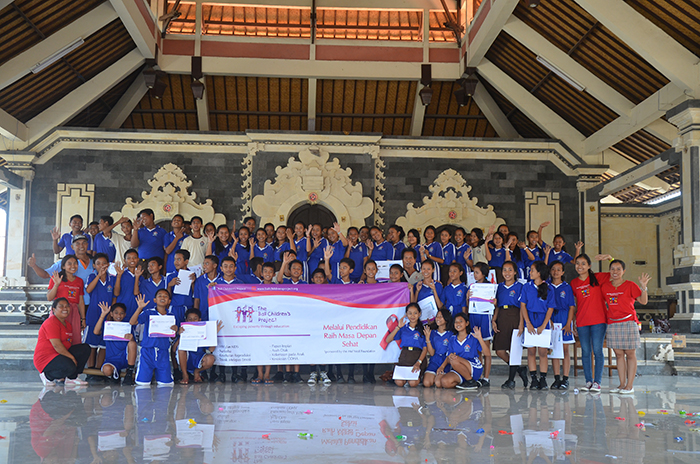 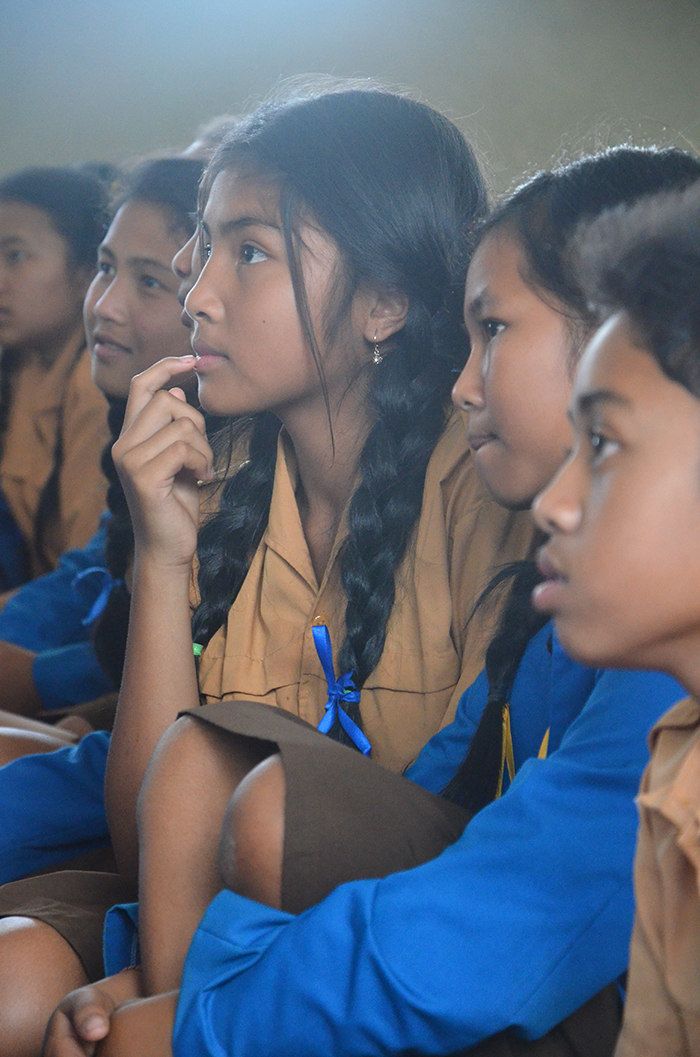 Our 2015 program is visiting 40 schools and about 2,800 students. Equipping so many children with such knowledge is what we mean by being proactive – the information they learn on the day can change – and save – their lives.

If you would like to contribute to funding these sessions, please go to our donate page and select ‘Sex Education, HIV & AIDS’.

So far in 2015, we’ve been to six regencies, with another three to go.

We’ve already started our next round of workshops –

off to one of the poorer regions in Bali – Bangli.

Our huge gratitude goes to The Mel Wolf Foundation, who have funded 2015’s program of Sex Education in Schools.

We are now also planning for 2016, hoping to make the program bigger and better than ever.

[3] End of Innocence in Bali’s Next Generation, The Australian, 11th September 2010 (http://www.theaustralian.com.au/national-affairs/opinion/end-of-innocence-for-balis-next-generation/story-e6frgd0x-1225917035297)